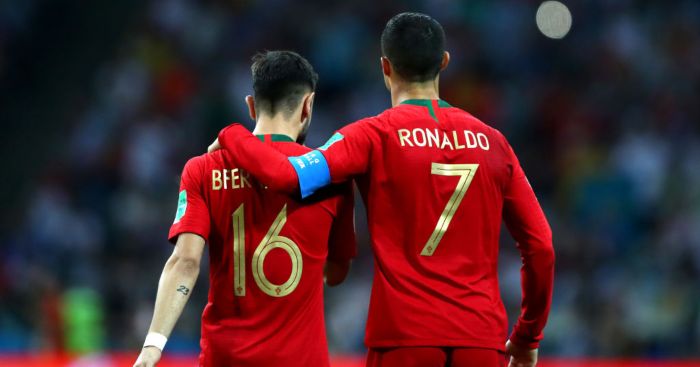 Manchester United midfielder Bruno Fernandes says Cristiano Ronaldo made a “difference” to his career with his kind words on his first call-up for Portugal.

After an inconsistent first half of the season, United are unbeaten in the nine games Fernandes has featured in since his £47million January move from Sporting Lisbon.

The Portugal international has had a big impact on Man Utd since coming in and he’s credited Juventus forward Ronaldo for boosting his career.

“We look at him as an idol, he has always been an idol for me. I followed his example, he is one of my favourites.

“When I was called up by Portugal, he came to me saying, ‘You are doing a good job at Sporting, I like it’. Words like these make the difference.”

In the Premier League, United are unbeaten in five games and up to fifth place, firmly in the battle for Champions League places.

But Fernandes recently said that their recent upturn in form isn’t all down to him, he told Sky Sports: “We can talk about a new start after Bruno, but it’s not about Bruno, it’s about the team.

“One player doesn’t change a team. A team changes when everyone pushes together for the same side.”