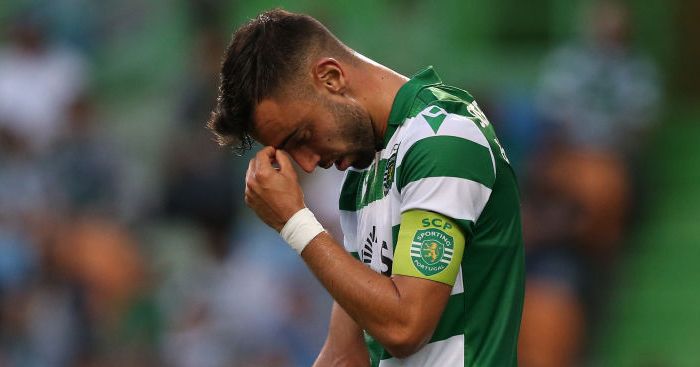 Bruno Fernandes has discussed the removal of a key clause in his previous Sporting Lisbon contract.

Fernandes signed a new deal with the Portuguese side earlier this week, increasing his release clause from £65m to £85m in a move that has ‘crushed’ Manchester United.

But another aspect of his contract has changed – the removal of Sporting’s obligation to pay Fernandes €5m for any offer above €35m that was rejected.

The midfielder and his representatives had been due a lump sum if any such bid was turned down but Fernandes confirmed that clause no longer exists.

“I’ve seen that you know how much I’ll make, so I thought you knew everything,” he told reporters.

“I see a lot being said. Yes, the withdrawal of that €35million clause has been accepted by me and my team, because I had the opportunity to use it and did not use it, so it made no sense to be there.

“I had a payment from Sporting if they would not let me out. I thought it was good that this money was not used, because if it was used there was no renewal.

“I have shown more than once, for all that is said, the respect I have for the club. At a time when the club is struggling, a renewal is very strange. But it’s easy to do the math.”