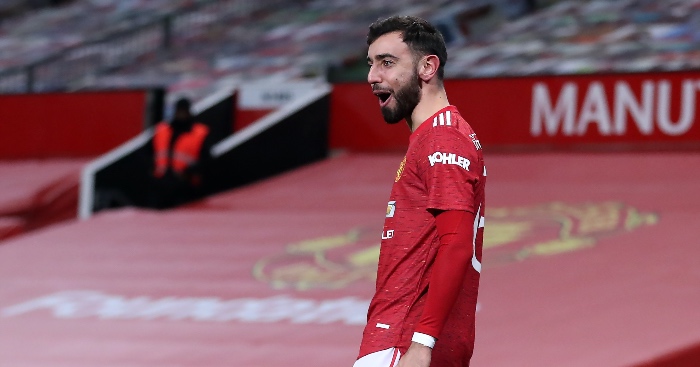 Former Man Utd keeper Mark Bosnich believes Bruno Fernandes can be regarded as ‘the most significant signing’ of the last 12 months.

Fernandes joined the Red Devils in January 2020, arriving for a £67.6 million fee.

He’s since become their most important player under manager Ole Gunnar Solskjaer. He scored the winning goal as Man Utd beat Liverpool yesterday.

Bosnich has now given his opinion on Fernandes’ importance to the club.

When asked if he was the best signing of the past 12 months, Bosnich said: “I think he’s definitely got to be up there, there’s no doubt about that. We were speaking about whether Man Utd could go that little bit further and what an impact he would have. He has had that impact.

“In terms of signings, he’s got to be up there within the last 12 months as the most significant for any team.”

Bosnich believes Fernandes’ recent form has been helped by his teammates. He went on to say: “His form, if you have a look throughout the whole team, has coincided with fantastic performances from Paul Pogba, Luke Shaw, the list goes on.”

United have won six out of their last eight matches in all competitions and sit top of the Premier League table.

They look like they could finally win the title for the first time since 2013, if their form continues.

Fernandes has been a vital part of their resurgence. He has achieved an incredible 46 goal contributions from 51 matches.

That includes 28 goals and 18 assists from midfield.

His most recent match-winning performance was in the 3-2 victory over Liverpool yesterday.

A great free kick helped United to reach the FA Cup fifth round, where they will play David Moyes’ West Ham.

Their next match is against Sheff Utd on Wednesday at 20:15.