Fernandes insists there is no individual to blame, claiming the defeat to Tottenham is "everyone's fault". 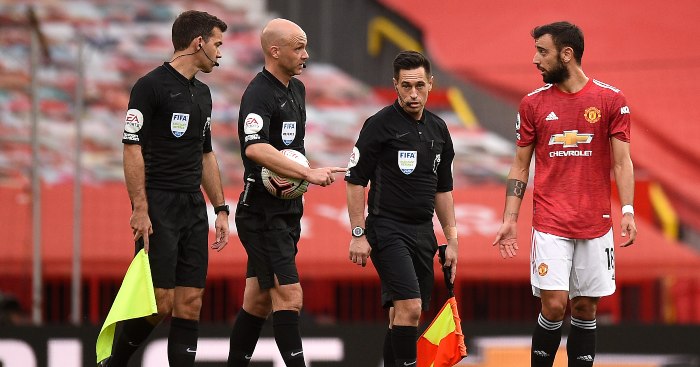 Bruno Fernandes insists “outsiders” have no chance of disrupting the “united” group at Manchester United.

There have since been various reports of Fernandes’ discontent since he was taken off at half-time in United’s 6-1 defeat to Tottenham, with some hinting that the Portuguese is staging some sort of coup to have Ole Gunnar Solskjaer ousted from the club.

He was tetchy when asked by A Bola about the incident, and reiterated his point that outside influence will not have an effect on him, his teammates or the manager, adding that it “was obviously everyone’s fault”.

He told Esporte Interativo: “If anyone wants to cause a conflict within Manchester it’s not me nor any teammate.

“They are outsiders, they want to create a bad atmosphere in the dressing room and they will not succeed, because the group is united and is focused on giving an important answer already in Newcastle.

“It was obviously everyone’s fault, it wasn’t mine or a teammate’s or another’s.