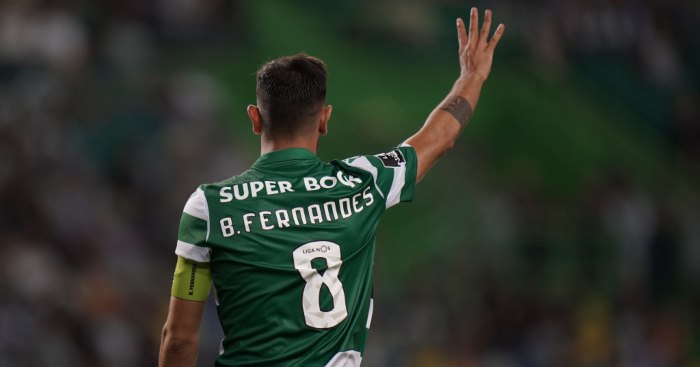 Bruno Fernandes has made it clear to Sporting Lisbon that he wants to leave to join Manchester United, according to reports.

But United appear to be making their move – though some reports suggested that they did not want to meet Sporting’s valuation.

In a ‘special report’ the Daily Mail claims that Man Utd have made a £50m plus bonuses offer for Fernandes which was ‘believed to have been made this past week’.

United chiefs, including executive vice-chairman Ed Woodward, spent ‘several hours’ with their Portuguese counterparts on Friday as they looked for a breakthrough in negotiations.

However, talks ‘failed’ and the Sporting hierarchy have been given ‘given the weekend to mull over the offer’ from United.

Sporting are worried that they could be left short if they lose Fernandes and fail to bring in a replacement.

The Daily Mail adds that Fernandes ‘is aware of the situation and has informed the club that he is keen to join United’ but isn’t keen to sour his relationship by forcing an exit.