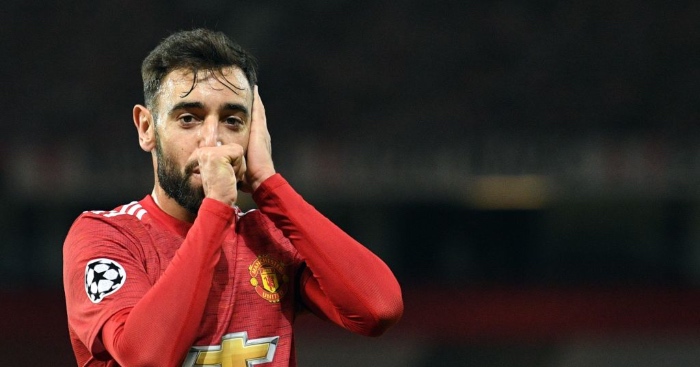 Andy Cole has warned Manchester United that it won’t be long before Barcelona and Real Madrid show an interest in Bruno Fernandes.

Fernandes has been the standout performer for United since his move to Old Trafford in January.

And Cole admits the Portugal international has exceeded his expectations.

Cole told The Target Men Podcast: “I’m very surprised to see how quickly Bruno Fernandes has taken to the Premier League since he joined Manchester United.

“Bruno Fernandes joined the club for a big fee and I have to say I didn’t know too much about him.

“I wondered if he was going to be able to continue scoring goals and producing assists at the same rate this season now that clubs knew more about him, but he’s arguably been even better!

“Bruno Fernandes doesn’t wear the captain’s armband but anyone watching this Manchester United team can see that he is the leader of the dressing room and he leads by example on the pitch. He’s a world-class quality player.”

While hailing Fernandes’ importance to the United cause, Cole is aware that his quality will be attracting admiration from afar.

“The concern for Manchester United is that Bruno Fernandes has well and truly put himself on the map now,” Cole added.

“It’s probably only a matter of time until there are rumours of a Barcelona and Real Madrid being interested in signing him and if Manchester United continue to not perform in the Champions League, no-one knows if his head could be turned in the years ahead.”