Home All The News Bruno not ‘doing anything’, Man Utd teammate a ‘schoolboy’ – Sharpe 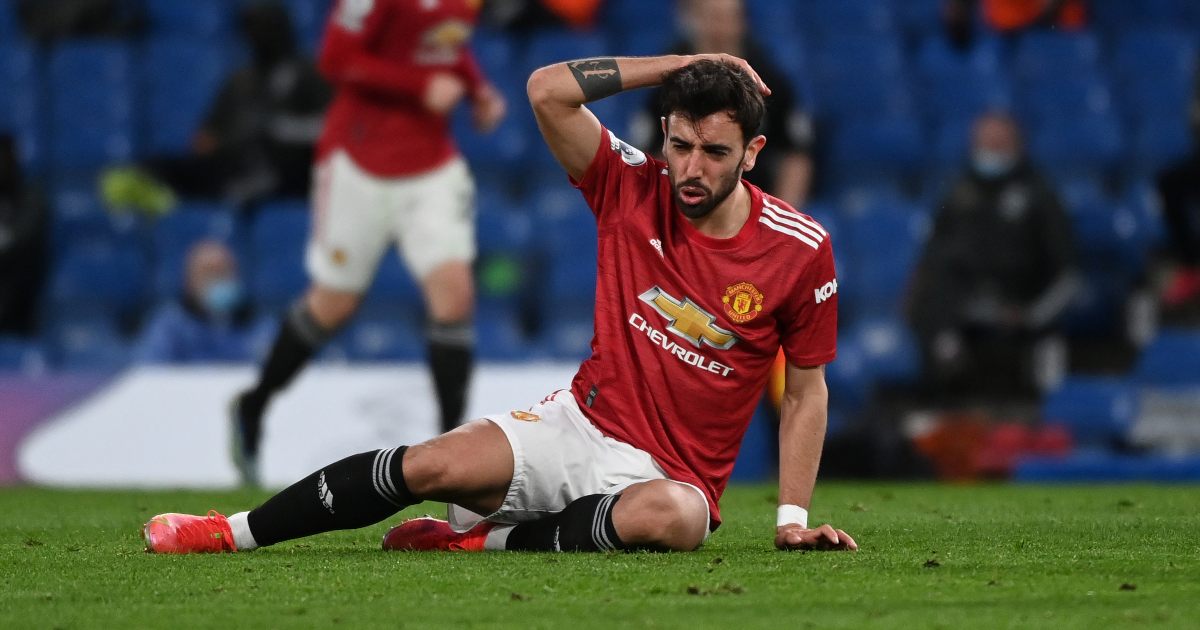 Lee Sharpe has likened Manchester United midfielder Fred to a “schoolboy” and is still “not sure” about Bruno Fernandes.

Fernandes has dragged United through a number of games this season and last but Sharpe claims he has “not really done anything” apart from score penalties.

Solskjaer’s side looked for a while as though they would mount a title challenge but a dramatic drop in form and results has seen them slip to 14 points behind leage leaders Manchester City.

MEDIAWATCH: How are Fernandes and Rashford feeling? Let’s pretend…

Speaking to Ladbrokes after Unitd’s latest dismal draw, Sharpe said: “Over the last few months I’m not really sure you could say Bruno Fernandes has performed in the big games.

“I know everyone is raving about him and I’ll probably get slagged off for it but I’m still not quite sure about Bruno.

“He did come in and set the world alight but since then – apart from penalties – he’s not really done anything.

“For me, he seems to give the ball away far too cheaply and he’s not getting as involved as I’d like.

“Whether it’s down to where the manager is playing him or Ole’s instructions on what he wants him to do, he just doesn’t seem to be getting involved anywhere near as much as he used to.”

On Fred, Sharpe added: “I’m not sure about him.

“He’s liable to give the ball away on the edge of his own box and he’s just as liable to carry the ball, beat a couple of players and slot the ball through to someone to score a goal.”