It is time to record Man United's recent history as Before Bruno and After Fernandes. He just makes things happen. 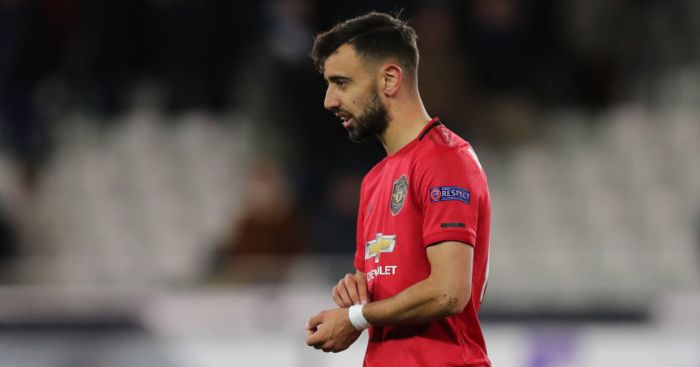 It is time to record Man United’s recent history as Before Bruno and After Fernandes. He just makes things happen.

Ole Gunnar Solskjaer warned us. It was earlier this week in that most pointless of endeavours – the club website’s ‘exclusive’ interview with an employee – that the Manchester United manager implied Thursday’s visit to Club Brugge would not be particularly worth watching.

The clue came when he was asked how he would approach the first leg. “We’ve just got to go out there as we normally do but knowing at the end of this game there’s still 90 minutes to play,” was his inspirational message, his rallying cry. If the troops were not ready before, they certainly would be now.

Perhaps that is a little unfair. This was always likely to be the necessary breather after a clumsy, awkward, often messy but ultimately satisfying climax at Stamford Bridge. United would always need 20 minutes or so to recover, by which point they would have inevitably fallen asleep.

That certainly seemed the case in Belgium, where their hosts set about forcing pigeons and cats to intermingle as soon as possible. Emmanuel Dennis and Brighton loanee Percy Tau were wonderfully industrious, like unruly children compelling guardians Harry Maguire and Nemanja Matic to consider their life choices leading up to that point. The former particularly struggled to maintain any sort of pace beyond sleepwalking turtle.

It was a perfect metaphor for the game that United’s equaliser came from one of his unforced mistakes. Ambling out of central defence and seeking a passing option, the captain lazily swept the ball to his right in search of Victor Lindelof, no more than ten yards away. The ball trickled out for a throw-in on the halfway line.

Anthony Martial was ruthless in punishing Maxim De Cuyper and Brandon Mechele’s subsequent combined farce. It was United’s only moment of genuine excellence all game, suitably prefaced by autonomous absurdity.

And it gives them something to work towards for next week’s return leg at Old Trafford. As Solskjaer will surely be reminding them in the dressing room, there’s still 90 minutes to play.

That will be of some relief because the majority of this game was spent undoing any semblance of recent good work. The three-man defence looked vulnerable, the midfield plodding, the wide players devoid of threat and Martial starved of service.

Juan Mata and Jesse Lingard started behind the Frenchman and created one chance each, equal to that of Simon Mignolet.

It was only when Bruno Fernandes was introduced that the equilibrium of mediocrity was threatened. United had as many shots in his ten minutes than they did in the previous 80. No player had more efforts than his four. None were on target, of course, but at least the intent was there.

That is important. In this squad, it is also painfully obvious. There are too many players at United who excel at being ordinary, at trying the basic pass and keeping things simple. It is a low-risk, low-reward mentality that has permeated the club; it’s why Paul Pogba looks so effective whenever he plays.

Fernandes is different. He thinks, shoots and passes outside the box. He makes things happen. Not everything comes off but if the law of averages exists in football, he is the sheriff.

It is damning that United’s best player was on the pitch for one-ninth of the game. It is unflattering that they are already so subservient to someone who joined less than a month ago. It is condemnatory that he could have been signed last summer.

But it is thrilling, compelling to watch. Perhaps that is as much a result of what came before than just the player himself. That was absolutely the case in this game, when United Before Bruno and After Fernandes was so clearly defined it was insulting.