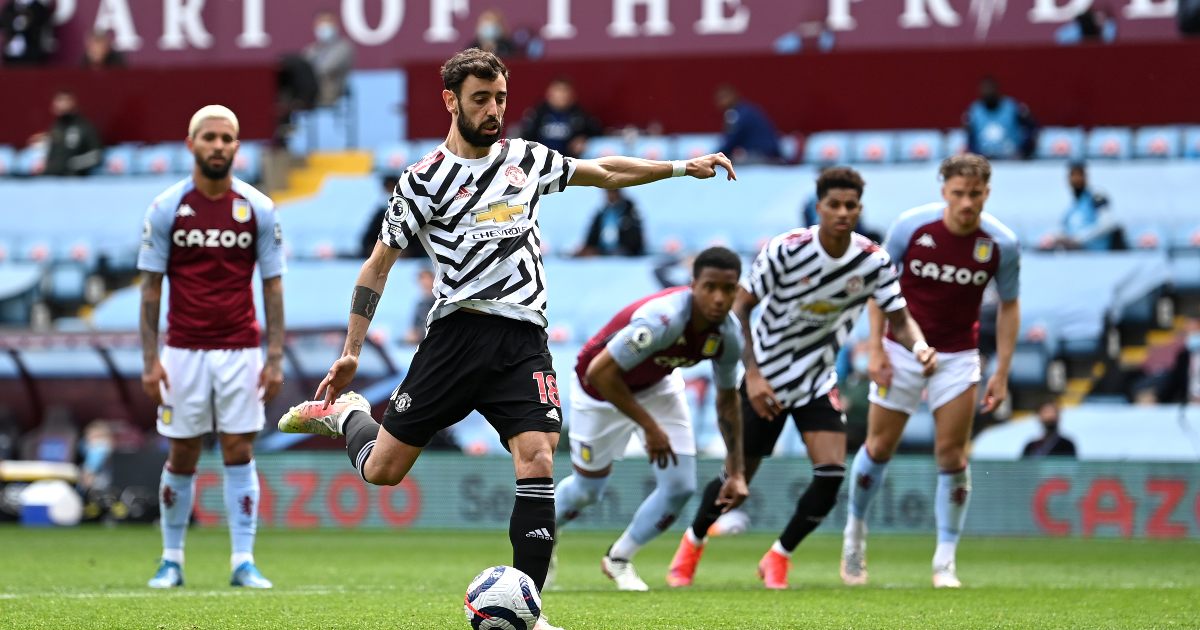 Manchester United are prepared to double the wages of Bruno Fernandes in an effort to keep him at the club, according to reports.

Fernandes, whose contract runs until 2025, has been a talismanic figure for United over the past 18 months, amassing 38 goals and 25 assists in 75 games for the club.

According to The Sun, United chiefs will reconsider the current terms of his deal, which sees him earn around £100,000 a week, less than a third of what the now second-choice goalkeeper David de Gea reels in.

A lucrative new deal would reflect his importance to the side going into next season, where the aim will be to bridge the gap between them and champions-elect Manchester City.

The window of opportunity for negotiations with Fernandes is likely to fall after the Europa League final with Villarreal in Gdansk, before he joins up with the Portugal camp ahead of the European Championships.

Fernandes told the Daily Star this week: “For us, it is a psychological improvement if we win the Europa League.

“Because last season we didn’t win anything, so if we win a trophy it is an improvement.

“It’s still not enough for us, but it is something from the club, from the players to say that we are doing better. But there is still a lot to improve, as I said before.

“Honestly, for me, when you play for a club like this your standards have to be high. The most important thing for us is the way we win and we are closer to getting a trophy.”

United boss Ole Gunnar Solskjaer also offered his thoughts on United’s progress into the Europa League final, expressing pride but disappointment in the way in which his side defended in Thursday’s 3-2 defeat to Roma.

“It feels good to be in the final,” he told the Daily Express.

“We played one very, very very good half at Old Trafford which has taken us through. I’m disappointed we lost – especially the way we played in the second half. It could easily have been 8-6 to them. It was a strange game.

“We kept giving them the ball but luckily we have one of the the best keepers in the world. We are in the final and are looking forward to 26 May.”

On the upcoming fixture pile-up, which will see United play four games in the space of nine days, he added: “It’s unheard of. It’s made by people who have never played football at this level.

“It’s physically impossible for the players. We have not been dealt a good hand. We are going to need everyone for these four games. It’s a short turnaround but we have to be ready.”