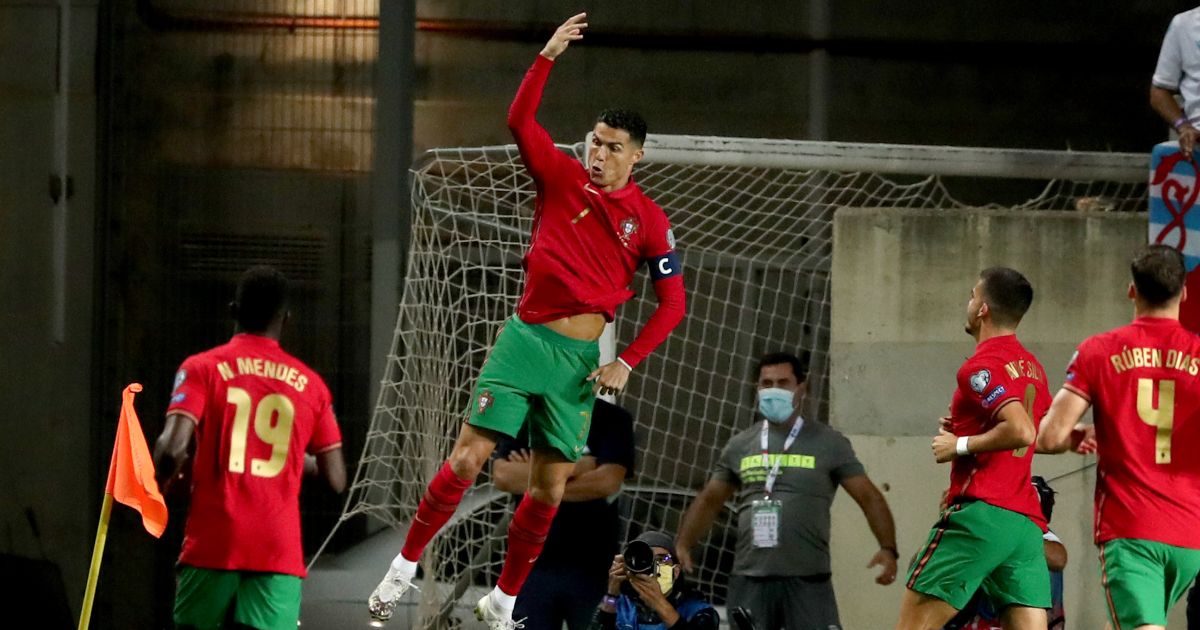 Bruno Fernandes has revealed that Man Utd team-mate Cristiano Ronaldo once told him that “it’s not he who follows the records, it’s the records that follow him”.

Ronaldo scored a hat-trick as Portugal beat Luxembourg 5-0 on Tuesday evening, leaving the Selecao a point behind leaders Serbia who they play in their final World Cup qualification match.

The 36-year- old scored two penalties before thumping in a header for the final goal of the game to make it his 58th hat-trick for club and country.

And Fernandes – who got a goal and an assist himself – has hailed his Portugal and Man Utd team-mates “ability to be in the right place” to score.

Before the international break, Fernandes and Ronaldo played a part in United’s 1-1 draw with Everton at home.

Reacting at the time, Fernandes said: “Of course, I think it’s really difficult for us.

“We played really well first half, create a lot of chances. In the second half we slow it down again. Once again we make that mistake. We have to learn.

“We have to learn and the time is now because we cannot do this anymore. We did it so many times. We cannot slow the game down when we’re winning.