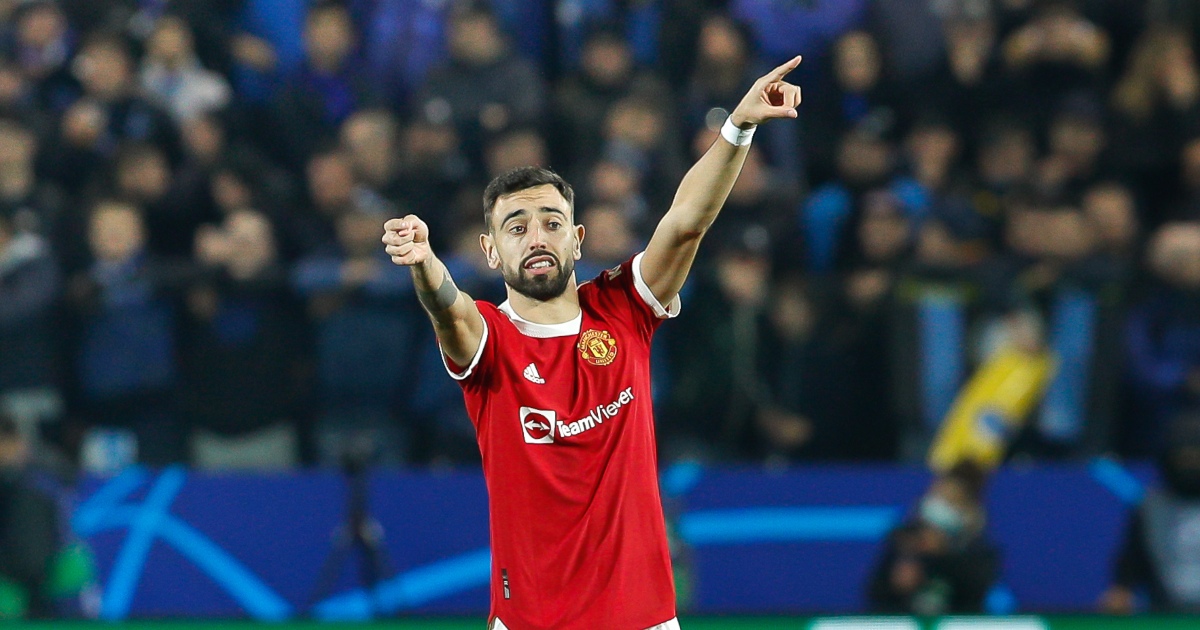 The comment was revealed in a report by The Independent, in which the United squad’s lack of ‘experience of modern coaching’ is said to be one of the biggest problems faced by Ralf Rangnick.

It’s claimed the upturn in form and fortunes of Jadon Sancho and Anthony Elanga is down to their receptiveness to Rangnick’s modern methods.

But in the case of another unnamed player, Rangnick is said to have held an individual session, explained what the player was doing wrong and what was required before reasserting the instructions before a game. The player than played ‘as if none of it had gone through’.

It’s said to be a ‘similar issue with a lot of senior players’, including Fernandes, who was described by ‘one top coach’ as “tactically anarchic”.

The Portuguese playmaker is seen by some teammates as a “moments player” and it’s said to be one reason other big-six clubs passed on him when United came calling.

Paul Pogba ‘tunes out’, Edinson Cavani ‘no longer has the stamina’ and Ronaldo has neither ‘the legs’ or ‘the will’ to press. The overall picture is described as one of a “difficult dressing room”.

But Rio Ferdinand sees the situation at United in a far more positive light.

“There is really a Debbie Downer on Rangnick and Man United, at the moment,” Ferdinand told his YouTube channel Vibe with Five.

“Yes, I think the fixture list, whilst he has been there, has been favourable to Man United. But only Man City have picked up more points since he has come.

“They have picked up 28 points. Man United have picked up 25, so he can’t be doing as badly as it is spoken about in the media. In terms of points, he is a pass, at the moment.

“Everyone is saying ‘Liverpool are flying’. Liverpool, oh my God, it’s Championship-winning form now’. They haven’t had as many points in the bag as Rangnick since he has been here.”