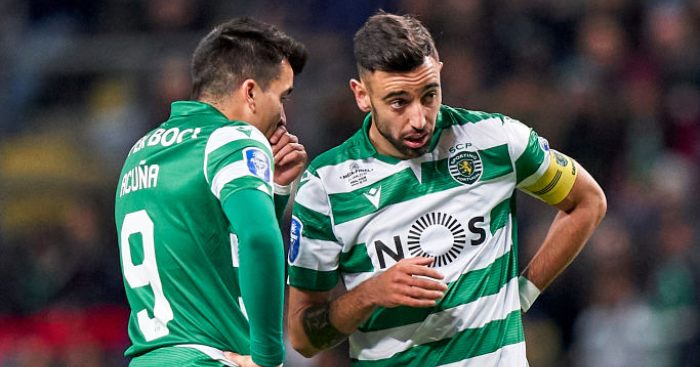 Bruno Fernandes is expected to miss Sporting Lisbon’s upcoming match against Maritimo as Manchester United transfer speculation continues, according to a report.

The Portugal midfielder has been the subject of talks between the clubs over recent weeks, and it was expected Fernandes would get the move he has wanted.

But talks reached an impasse last Friday and it seems little progress has been made since then, despite United’s performances demonstrating the need for quality reinforcements.

United had reportedly offered £42.5million with another £8.5million possibly due in add-ons but Sporting have been looking for a larger chunk of any fee to be paid up front.

The long-awaited deal appeared to have reached a stalemate with both clubs sticking to their valuations of the midfielder.

However, Record (via the Daily Express) claims that Fernandes is set to miss Sporting Lisbon’s match on Monday because of the constant speculation surrounding a possible move to Man Utd in a ‘boost’ to the Premier League club.

While Sport Witness has dug a little deeper into the report in Portuguese newspaper Record by adding that talks have been ‘reactivated’ after Man Utd returned to the negotiating table ‘in recent hours’.

Talks are now ‘intensifying’ but there still feels like there is little movement on their difference in valuations.