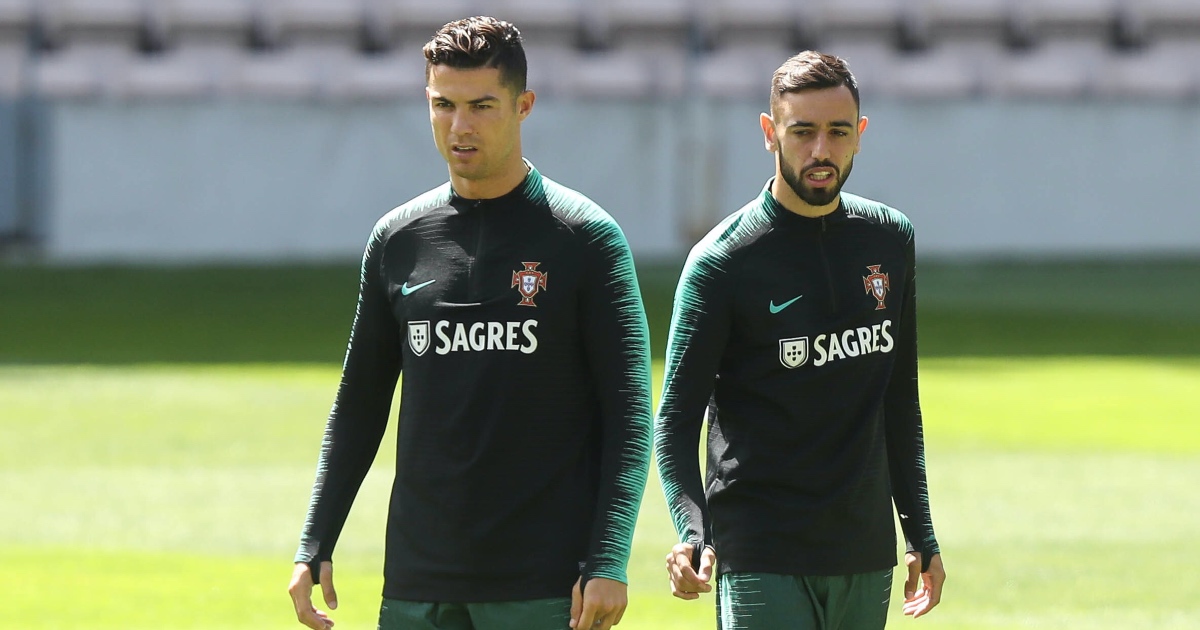 Bruno Fernandes says he “prefers free-kicks over penalties” amid a debate as to who will take the set-pieces at Manchester United this season, following the arrival of Cristiano Ronaldo.

The 36-year-old returned to United this summer in a sensational move from Juventus – a move Fernandes is thought to have had a hand in.

Fernandes has been the set-piece taker at Old Trafford since his arrival last January, scoring an impressive 21 of 22 spot kicks he has taken for United.

READ MORE: Ronaldo and four other ‘new’ arrivals we can’t wait to see

But Ronaldo’s arrival has led many to question whether he will have to renounce his role and it appears the 27-year-old is willing to give up penalties if he can keep still be United’s top man on free-kicks.

“For me personally, free-kicks are something I practice and I want to get the reward of scoring. I prefer free-kicks over penalties.”

Speaking about his compatriot’s return, Fernandes said: “What Cristiano has done in football for the last 15 years is something amazing, things that only he or Lionel Messi could reach.”

And Fernandes’ view on who will take what for United this season is echoes by former player Rio Ferdinand, with Bruno able to “see the bigger picture”.

“I think Bruno gives up penalties but doesn’t relinquish free-kicks and corners,” the former Red Devils defender said on his FIVE Youtube channel. “The free-kicks around the box, he’s going to be on them I think. I think his record demands that he should do that.

“He takes the penalties, 100 per cent. They agree to give him the penalties but I think free-kicks around the box, Bruno’s just wiping the ball and putting it down.

“I think Bruno sees the bigger picture, that this guy can get us over the line to win us trophies.

“If that means my percentage of goal involvements goes down but he gets his hands on a big trophy, he’d take that all day long.”