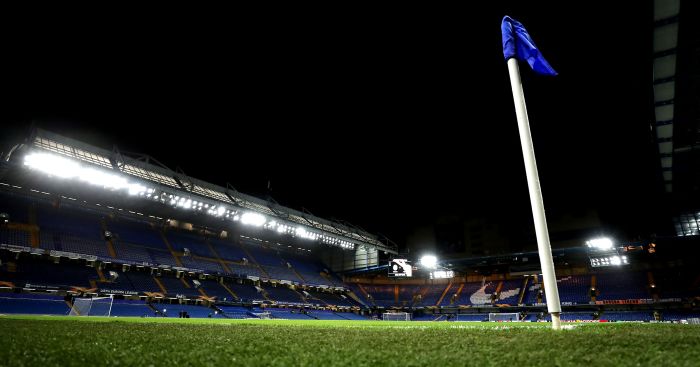 Chelsea chairman Bruce Buck has condemned the actions of “a few mindless individuals at some of our recent matches” after UEFA announced it was investigating alleged anti-Semitic chanting by Blues fans.

Buck said Chelsea, including owner Roman Abramovich, “will not rest until we have eliminated all forms of discrimination from our club” after a number of high-profile incidents in recent weeks.

Chelsea last Thursday branded the singing of a derogatory chant about Tottenham supporters, featuring anti-Semitic language, by a vocal minority of their own fans “abhorrent” and vowed to take the “strongest possible action”.

Now European football’s governing body is investigating and due to report in mid-January on that incident during a Europa League match in Hungary which was highlighted by a Chelsea supporter on social media. A partial closure of Stamford Bridge is the minimum penalty if the offence is proven, UEFA regulations state.

The incident in Budapest, during the match versus Vidi, happened days after four supporters were suspended by the club pending investigations by Chelsea and the Metropolitan Police for abusing Manchester City’s Raheem Sterling, with some of the language allegedly racist in nature.

Buck, the chairman throughout the 15-year ownership of Russian billionaire Abramovich, who is Jewish, responded with a strongly-worded, 700-word open letter to supporters on the club’s official website.

The letter is not a response to the UEFA charge, but Chelsea’s bid to take ownership of the issues which have been highlighted in recent weeks.

“A deeply unpleasant but vocal minority which refuses to join us in the 21st century has shamed the great majority of our decent, well-behaved fans,” Buck wrote.

“We must all come together to stamp out these ugly scenes.”

Buck outlined Chelsea’s inclusion and diversity work, including the Say No to Anti-Semitism campaign launched in January and the joint campaign, launched in 2010 in collaboration with anti-discrimination group Kick It Out, to “try and rid the game of the Y-word”.

Tottenham supporters use the Y-word in large numbers. Former Prime Minister David Cameron in 2013 backed their right to sing the word and a year later the Crown Prosecution Service dropped charges against three Spurs fans for using the word because it could not be counted as “threatening, abusive or insulting”.

However, this is not a defence, said Buck, who spoke to Chelsea fans prior to last Sunday’s win at Brighton.

Buck said: “What other clubs may deem acceptable from their supporters in the way of personal identification does not alter our position of zero tolerance. This will not change now or in the future.

“The message from Mr Abramovich, our directors, our coaches, our players and our hundreds of staff is simple – this is a club open to everybody. We are committed and determined to be a force for good and not a symbol of society’s wider problems.

“Clearly, there remains a way to go on this journey, but we will not rest until we have eliminated all forms of discrimination from our club.

“We must not allow a small minority of fans to bring further embarrassment upon us, and will continue to take the strongest possible action against them.

“If you do not share these values, this is not the club for you. We are determined to win this battle, but we need the backing and action of those who share the principles of this great club.”

The letter detailed how to report discriminatory behaviour at matches.

Chelsea assistant manager Gianfranco Zola, one of Chelsea’s most celebrated players, called for Blues’ fans to be self-policing.

“If you are in a group and you want to be recognised for the good things as a group, you have to be responsible for each one in that group,” said Zola, who was speaking ahead of Wednesday’s Carabao Cup quarter-final with Bournemouth.

Should last week’s claimed chanting be proven by UEFA, the Blues would face a partial closure for the February 21 Europa League second leg with Malmo of Sweden.

Article 14 of its regulations state that if supporters are found guilty of behaviour that “insults the human dignity of a person or group of persons on whatever grounds, including skin colour, race, religion or ethnic origin… (the) club responsible is punished with a minimum of a partial stadium closure”.

If proven, this would be Chelsea’s first offence. A second offence would see them forced to play a match behind closed doors.