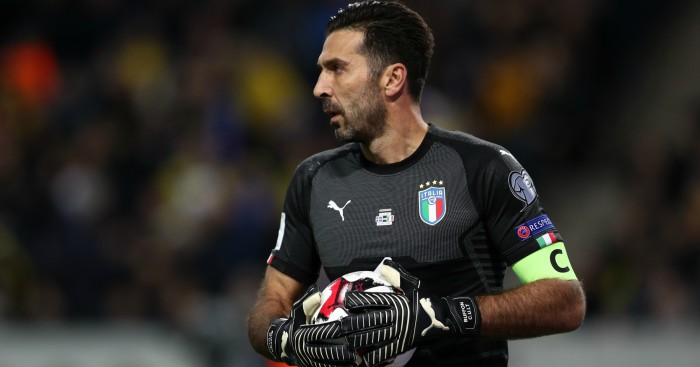 Gianluigi Buffon has confirmed he will be available for Italy for their friendlies next month, despite appearing to retire from international duty after the Azzurri’s failure to reach the World Cup.

Caretaker coach Luigi Di Biagio has asked Juventus goalkeeper Buffon to play a role during the clashes with Argentina and England in March and the 40-year-old says he feels a sense of duty to help the national team as they begin their transition period.

“There’s nothing to add other than that I feel a sense of responsibility and faith which I still feel I must give to the national team during this transitional moment,” Buffon told Mediaset.

“There is a cycle of delicate friendly games and I thought I would go on holiday for a few days, but when the national team needs you, you have got to be present and not desert them. It’s a form of faithfulness and responsibility towards Italy.

“A new Italy national team is being born and the first games are hardly easy. We face Argentina and England and I think that a few experienced players will be useful at the start.”

Buffon also discussed the prospect of retiring from the game altogether, with the Juve legend having indicated that this could be his last campaign as a player.

“I just want to focus on the end of the season now,” Buffon said. “I’m convinced and relaxed about whatever my decision will be, which will be announced together with the club at the right moment.

“For those who live life with such strong emotions as us footballers, stopping playing is like the first death that you suffer, because it’s the end of such a beautiful experience that anything else does not seem to matter. But then, with time, you realise that there are other things which still make you feel important.”