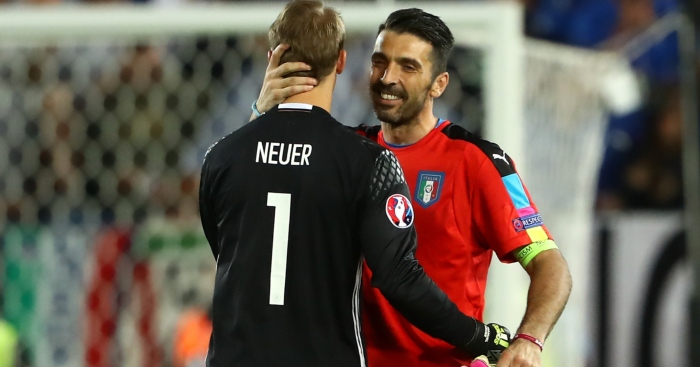 Buffon has been one of the world’s finest stoppers for two decades during a career with Parma, Juventus and now PSG.

The 40-year-old was asked by Club Canal Foot which three of his contemporaries he rates highest.

“I will say Manuel Neuer of course, David De Gea and Jan Oblak… then there are others. Courtois, Keylor Navas. We are in an era where there are many great keepers.”

Courtois was named the World Cup’s best goalkeeper after helping Belgium to the semi-finals but Buffon, himself a World Cup winner in 2006, cannot fathom how France skipper Hugo Lloris did not claim the Golden Glove.

“I already said that Lloris deserved to win the title,” Buffon added. “He was exceptional.