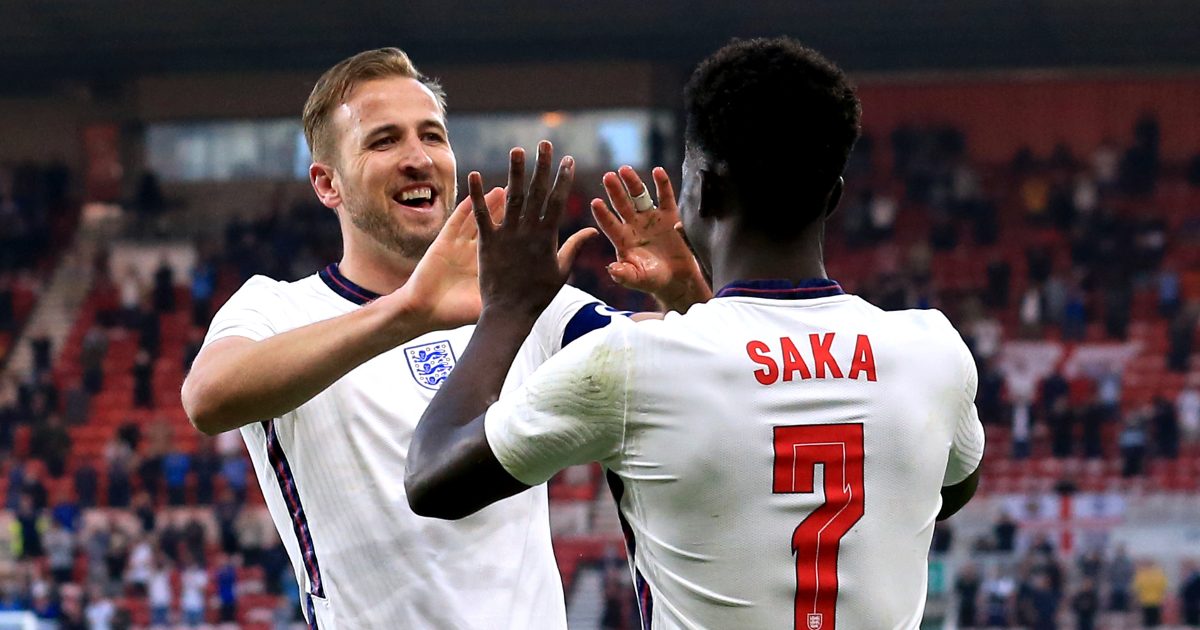 Bukayo Saka was barely a household name in his own household two years ago after just seven minutes of Premier League football, but he has the potential to be the name on every English football fan’s lips by July 11 2021.

Most England fans probably would not have chosen Saka in their preferred squad of 26 for the Euros, but crucially Gareth Southgate did. Perhaps it was the injury to Mason Greenwood or the way in which he can play full-back or wing-back – we know the England coach prizes versatility – but don’t be fooled into thinking that the 25 on his back means he is there just to make up the numbers.

Arsenal fans will tell you that Saka thoroughly deserves his place in the England squad and despite the fact you can usually take Arsenal fans’ opinions with a very heavy pinch of salt, they may be right about this one. And they’re not the only ones that recognise his talent, with the winger being nominated for PFA Young Player of the Year in the same week he made the cut for the England squad and scored his first international goal.

Southgate’s England side aren’t exactly the most exciting team to watch, but there’s method to his conservative (small c) madness and Saka can be one of those players that can put the dazzle into a defensive approach.

Without Harry Maguire it’s almost certain that The Three Lions will have to play a back five against the better teams and Saka can offer a great deal to that formation either as part of the defensive five or in the transition. The Arsenal Player of the Season played in seven different roles in the Premier League in a difficult campaign and one of those – indeed, the one that earned him a first England call-up – was as a left wing-back.

Should Southgate decide he wants an all-out attacking wing-back as part of his back five (who can defend when called upon) then Saka provides oodles of attacking threat and the blistering pace that Luke Shaw cannot offer. He has also created three more clear-cut chances than Ben Chilwell this season and offers an option with a natural left foot ahead of Kieran Tripper being forced onto that flank.

And if the England manager was to opt for a more defensively solid wing-back then Saka could be priceless in wriggling the ball out from the defensive areas and bringing more attacking players into the game from a midfield position. This could be an option in either a central role or as a wide midfielder on either side – three positions he’s graced for Arsenal this season too.

Southgate has already gushed about his admiration for Saka’s ability to carry the ball forward, which is essential when you have to move away from a heavy-footed defensive back line and get the ball to Harry Kane and his supporting cast.

The 19-year-old also has goals in his game, which he showed against Austria when he floated in at the back post to put England ahead. With nine of England’s 12 goals at the 2018 World Cup coming from set-pieces, Saka offers the option of a player who can find space or arrive late in the box. What he lacks in height, he makes up for in movement. He also won three penalties last season, which is the kind of statistic Kane will relish as he seeks another Golden Boot.

Of course, it could be that we never even see Saka play over the next month, but even his presence and oft-praised professional attitude will help push those starting ahead of him. Southgate recently described Saka as ‘high performance, low maintenance’, which he believes is the perfect combination for an international player.

England have got a Swiss Army knife and it might be exactly what they need for the Euros this summer. With players drifting in and out of fitness and the likelihood of an injury during the tournament, Saka can slot into almost any position required. Even though he probably could do a job at right-back, there are still 11 men in front of him there. Though we’re not sure any would attack the role with as much gusto as Saka.