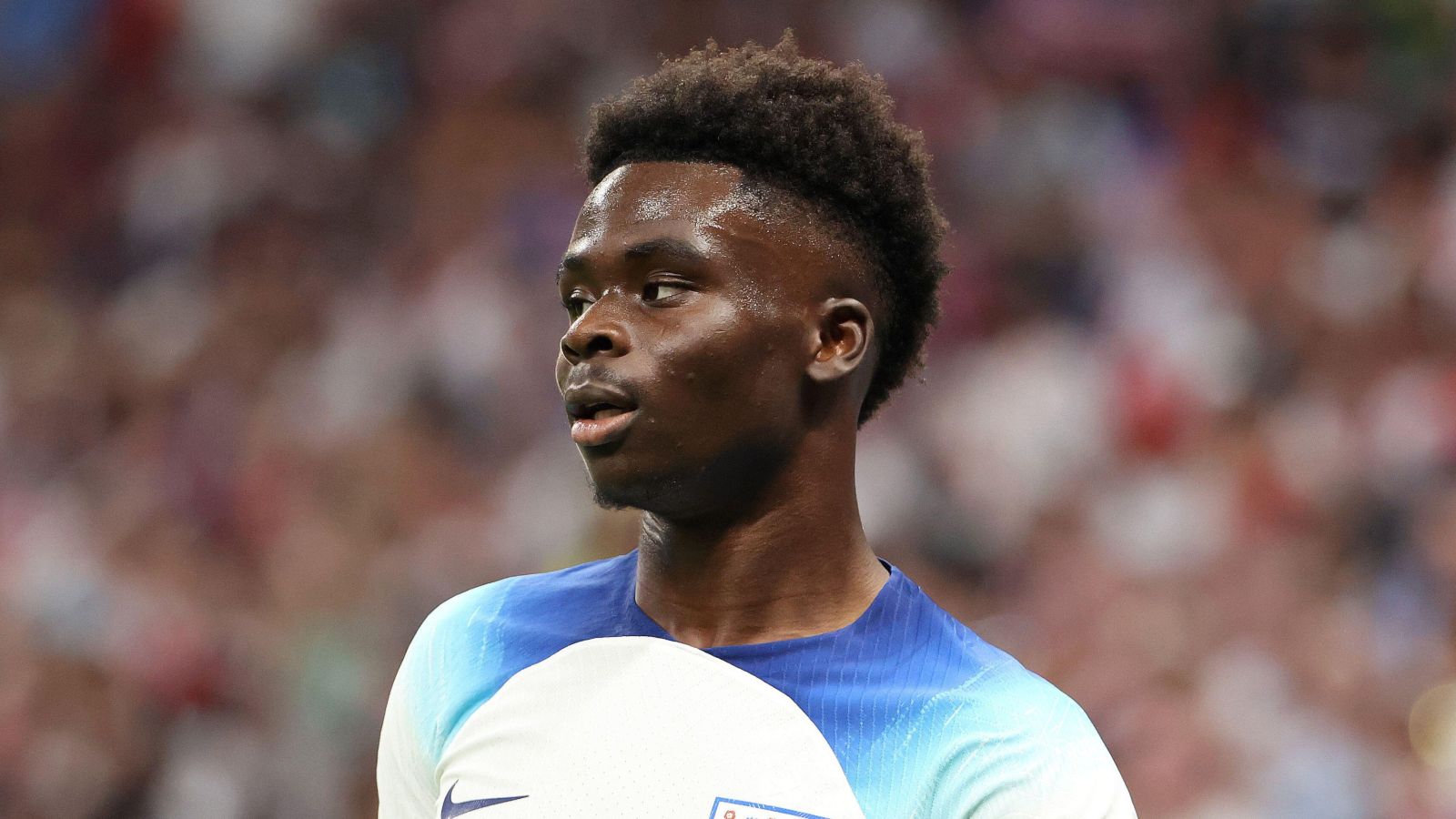 Arsenal attacker Bukayo Saka has insisted that he would be “more than happy” to take a penalty for England at the 2022 World Cup if he is asked to.

Saka missed the decisive spot-kick as England lost to Italy on penalties in the final of the European Championships last year. He went onto suffer horrific racist abuse over social media.

Since then, the attacker has been named Arsenal’s player of the season, England’s player of the year and in 2021/22, he finished the campaign as the Gunners’ top scorer.

He has also played a key role in taking Mikel Arteta’s side to the top of the Premier League and has scored three goals in Qatar to help England through to a quarter-final clash with reigning world champions France.

The 21-year-old struck twice in the opening 6-2 win over Iran and then added the third in a comfortable 3-0 victory against Senegal in the last 16 on Sunday night.

With the prospect of penalties now looming over the tournament in the knockout stage, Saka insists he would not shy away from taking another high-pressure spot-kick – having scored three out of three for Arsenal since.

“I have matured and progressed a lot as a player and as a person since that moment,” he said of his miss against Italy.

“To be honest, I feel like personally, I’ve tried to move on from that moment. Obviously I know I can never really forget about it, it is going to be in history.

“But at the same time, coming out here and scoring those three goals, of course, lifted me a lot. Like I keep saying, the love from the fans that I keep receiving lifts me a lot as well.

“It gives me a lot of confidence and I love to see that from the fans.”

Saka believes England have nothing to fear as they prepare to take on holders France for a place in the semi-finals.

He said: “I feel we have just got to prepare the best game plan and go there with confidence. We are playing really good right now.

“There is no doubt about the quality we have in our team. We are blessed with an amazing front line. There is so much quality attacking players.

“When you are selected, it shows how much confidence the boss has in you so that gives you that extra confidence to go out and shine. Last night we were able to do that.”