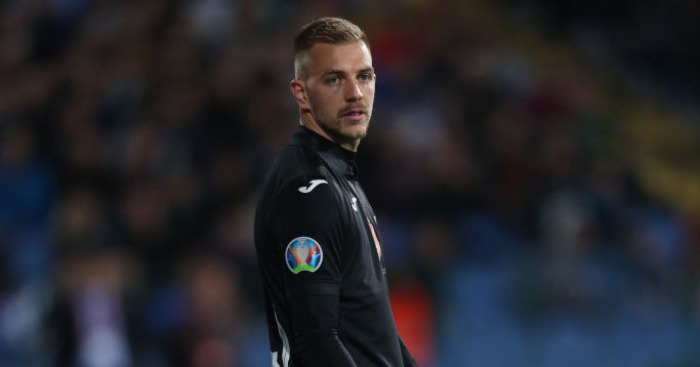 Bulgaria goalkeeper Plamen Iliev thinks the England players “overreacted” over the racist abuse they faced from home fans in the Euro 2020 qualifier on Monday night.

England’s black players and backroom staff were subjected to abuse at various stages of the match, but the game was ultimately completed with England winning 6-0 in Sofia.

Sanctions from European football’s governing body UEFA seem sure to follow but Iliev was adamant the home support “behaved well”.

“If I am honest, I believe they [the fans] behaved well today,” Iliev said.

“There wasn’t any abuse [as far as I could hear] and I think they [the England players] overreacted a bit. The public was on a good level – I didn’t hear any bad language used towards their or our players.”

The prime minister of Bulgaria has called on the country’s football association president to quit, while the country’s manager said he hadn’t heard any abuse on the night.