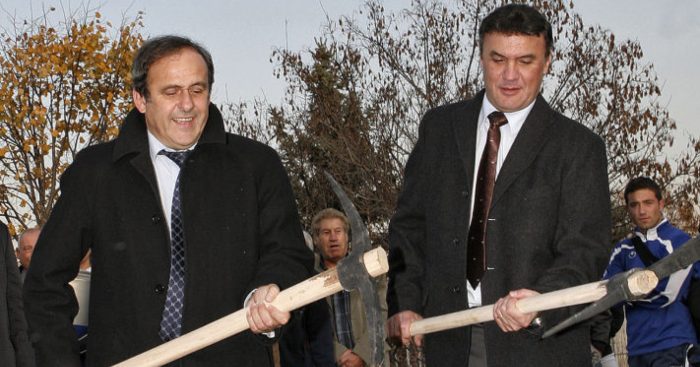 The Bulgarian Football Union (BFU) has announced the resignation of its president Borislav Mihailov following the shocking scenes at the Euro 2020 qualifier in Sofia on Monday night.

England’s black players and backroom staff were subjected to abuse at various stages of the match against Bulgaria, but the game was ultimately completed with England winning 6-0 in Sofia.

Earlier on Tuesday Bulgarian prime minister Boyko Borissov had reportedly told Mihaylov to stand down from his role and now it has been confirmed.

Explaining the decision, the BFU said the current position was detrimental to Bulgarian football but suggested Mihailov could assist the governing body in a different capacity.

“His position is a consequence of the recent tensions, an environment that is detrimental to Bulgarian football and the Bulgarian Football Union.

“After many years spent in the post and with his many contacts at a high international level, Mr Mihailov expresses his firm readiness to continue helping in the development of Bulgarian football in every possible way.”