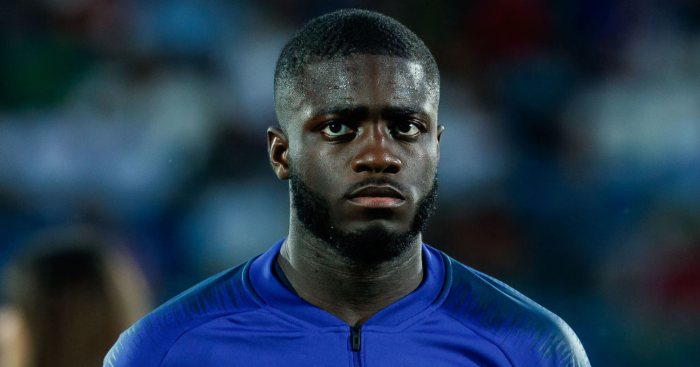 RB Leipzig have demanded that Arsenal pay Dayot Upamecano’s release clause this summer if they want to sign the centre-back, according to reports.

The Gunners have received around £4.6m from Bordeaux for Laurent Koscielny, leaving Unai Emery with a vacancy to fill at centre-half.

James Olley of the London Evening Standard said on Tuesday that Arsenal are ‘keen’ on the 20-year-old, who has been the subject of a reported £55m bid.

But with the Bundesliga side wanting more than £55m, the Gunners may look to stagger payments with a higher offer.

And a fresh report from German outlet Kicker on transfer deadline day claims that Arsenal will have to meet Upamecano‘s £83m (€90m) release clause if they want the defender.

They add that the offer of £55m was knocked back by the German side and the Gunners will have to raise their offer dramatically.