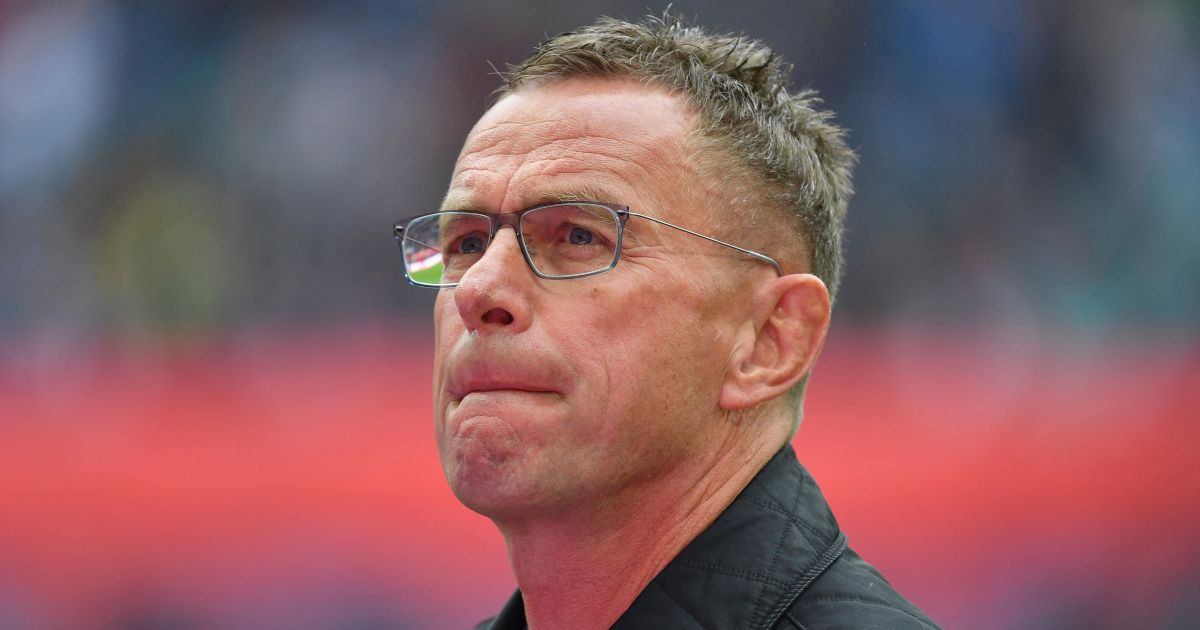 The Red Devils have reportedly agreed a deal to bring in Rangnick as interim manager until the end of the season.

The Premier League club have identified the German, who is currently the director of sports and development at Lokomotiv Moscow, as a potential short-term successor to Ole Gunnar Solskjaer.

And Bundesliga expert Kevin Hatchard thinks Man Utd fans can look forward to lots of “pressing and counter-pressing” if Rangnick is confirmed as their interim boss.

Hatchard told talkSPORT: “This was a guy who was very much a pioneer when he was bringing his vision of pressing and counter-pressing, that very quick vertical style.

“There’s a lot of coaches who have taken a leaf out of his book – Thomas Tuchel is one of those.

“Their paths crossed very early on in Tuchel’s coaching career and, had it not been for his time with Rangnick, he may not have taken up coaching in the way that he did.

“Jurgen Klopp I think has amended some of the ideas for his heavy metal football. This is a guy who basically built the Red Bull football operation from scratch in Leipzig.

“Yes, he’s had a lot of money to play with, but you still have to do it and that is a very slick operation.”

And Hatchard adds that Sancho, who has struggled to make a big impact at Old Trafford since his summer move from Dortmund, could be the “real beneficiary” of Rangnick’s reign.

He added: “Generally [he plays] a back-four, but not always. He has played a back-three at times, but generally a back-four.

“He will tweak things and change things here and there, but what he doesn’t change is that willingness to hit at breakneck speeds and that swarming pressing – that’s not gonna be negotiable either.

“Jadon Sancho I think will be a real beneficiary of this if it all goes through. Because he’s a guy who, you’ve gotta bear in mind, has been in German football.

“I think part of the struggle at Manchester United is that maybe those instructions haven’t been as detailed or haven’t been the same – I think he’s struggled in that regard.

“I would think he’d be perfect for the way that Rangnick would want to play. Because he’s the kind of guy that makes decisions quickly and generally makes the right decisions.

“He thrives in that kind of broken transitional play that Rangnick wants to create.”