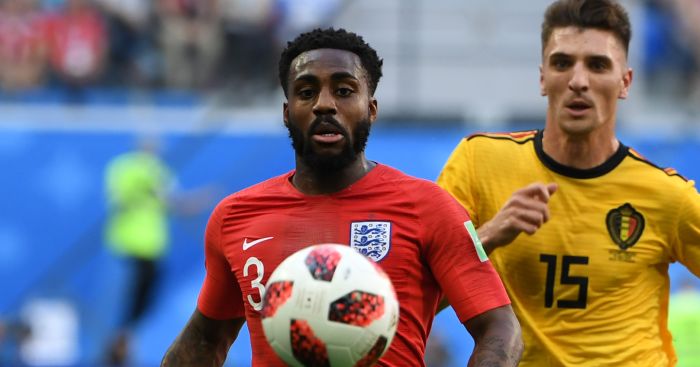 Bundesliga side Schalke want to sign defender Danny Rose on loan from Tottenham, according to reports.

Rose made 10 appearances in all competitions as he battled back from a knee ligament injury he suffered in January 2017 before returning in October.

Ben Davies impressed so much in the left-back position that he kept Rose out of the side for much of the season, while Ashley Young took his starting place at the World Cup in Russia for England.

And Sky Sports claims that Schalke are ‘in talks’ to land Rose on loan from the north Londoners.

The same source has also revealed in the past that Spurs would consider offers for Toby Alderweireld, Mousa Dembele and Rose.

BBC Sport journalist David Ornstein reported today that Tottenham had tried to swap Rose for Ryan Sessegnon in a proposal ahead of the transfer deadline on Thursday at 5pm.

Tottenham made Fulham an offer for Sessegnon several weeks ago, proposed a deal that would see Danny Rose go the other way – #THFC want to move Rose (and Alderweireld for that matter) out – but couldn’t reach agreement and Sessegnon now won’t be leaving #FFC this transfer window