Home All The News Burnley 0-1 Tottenham: Last year’s finalists remain in the mix 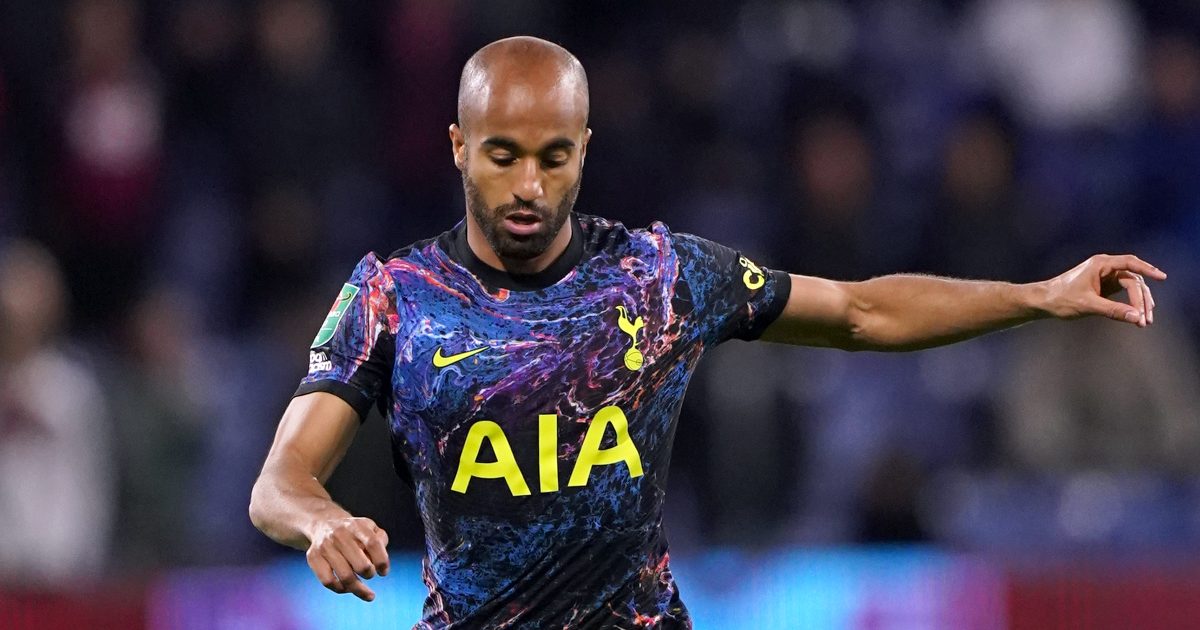 Lucas Moura’s second half header saw Tottenham Hotspur get the better of Burnley at Turf Moor in the Carabao Cup.

Both sides struggled in the final third but Moura scored the winner as Spurs prevailed.

This was a much-needed win for Nuno Espirito Santo given Tottenham‘s inconsistent start to the new season.

Nuno will also hope it gives his side some confidence ahead of Manchester United’s visit in the Premier League on Saturday.

Burnley boss Sean Dyche was hoping his side could kickstart their season by beating Spurs, but they never really looked like doing that and had just one shot on target.

After travelling to Holland with a second string outfit in the Europa Conference League and getting burned with a 1-0 defeat at Vitesse Arnhem, Nuno knew he could not get away with doing the same at Turf Moor.

He made changes but kept a strong spine, which saw Harry Kane captain the side.

Kane could have given Tottenham the perfect start, but he continued to look off colour, dragging a shot well wide when being played through by Giovani Lo Celso in the third minute.

The game could have done with that going in as it developed into an insipid contest low on quality.

Tottenham right-back Emerson Royal had to be alert to clear Johan Berg Gudmundsson’s dangerous cross from inside his own six-yard box, but Burnley struggled to cause any real threat.

The visitors were not much better as they again lacked the creativity that has dogged their season so far.

They did fashion a chance just before half-time, but Kane was again wayward with his finishing, blazing over an acrobatic attempt at the far post from a corner.

The start of the second half was not much better and Spurs fans were not happy, calling for change by chanting “Nuno where’s the subs?”.

The boss reacted and while Son Heung-min and Tanguy Ndombele were waiting to come on, the visitors had a big chance to go in front.

Davinson Sanchez won a tackle high up the pitch, which gave Kane space to run into, he played in Lo Celso, who looked set to score only for Nick Pope to produce a brilliant one-handed save.

Son and Ndombele came on and their first action was to help celebrate Tottenham’s opening goal.

Lo Celso played the ball out to Royal on the right and the Brazilian sent in an in-swinging cross which Moura headed home from eight yards.

It was almost two four minutes later as Moura found space 25 yards out but his fierce shot was well saved by Pope, who was keeping Burnley in it.

Burnley had to up their game if they were going to get back into the contest and they threw bodies forward, but Spurs defended well.

Erik Pieters finally had their first shot on goal in the final 10 minutes but Pierluigi Gollini easily saved it.