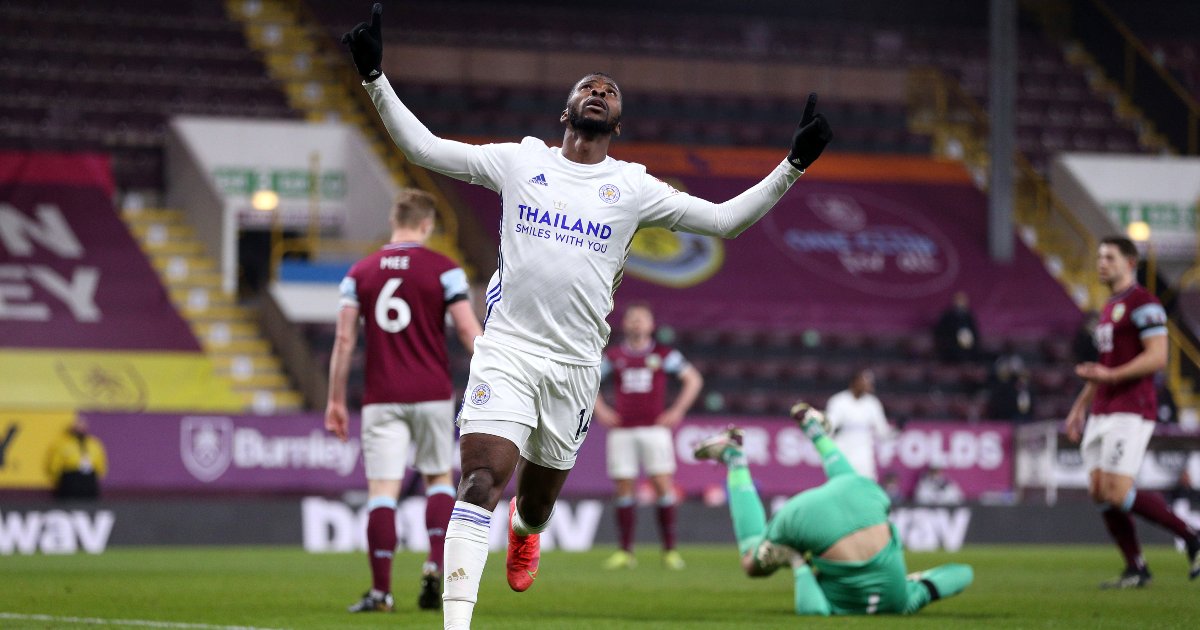 Burnley and Leicester City both had chances to win the game but they are made to settle for a point.

After Matej Vydra’s first Premier League goal in more than a year was cancelled out by Kelechi Iheanacho’s fantastic first-half volley, Schmeichel came to the fore for a Leicester side without several first-team players.

Schmeichel kept out headers from James Tarkowski and Chris Wood before Ashley Westwood hit a post and although Leicester rallied late on, with Youri Tielemans also denied by the goal frame, the sides settled for a 1-1 draw.

Leicester have lost to Slavia Prague in the Europa League and Arsenal in the top flight in the last week, and they may have feared the worst when they fell behind as Vydra ended a league goal drought lasting 1,212 minutes.

Iheanacho equalised but this still felt like a missed opportunity for Champions League-chasing Leicester, who remain third. Burnley moved six points clear of the relegation zone but they too may rue their missed chances.

Already without Ayoze Perez, Dennis Praet, James Maddison, James Justin and Wes Morgan, Leicester came into this game without Harvey Barnes and Jonny Evans due to injuries suffered against the Gunners on Sunday.

The absence of the pair have stretched Leicester’s resources further, and they brought in Daniel Amartey, Papy Mendy and Hamza Choudhury while midfielder Wilfred Ndidi was drafted into the centre of a back three.

Ndidi was played into trouble by Choudhury’s loose return pass, intercepted by Vydra, whose first touch took him past the makeshift centre-half before he then lashed a left-footed strike high into the net after just four minutes.

It was a confident finish from a player who last scored in the league on February 22 last year, but Leicester slowly found their footing after a lethargic start as Choudhury came close to atoning for his mistake.

Having been left unmarked in the area, the midfielder’s finish into the ground was tipped over by Pope while Tielemans had penalty appeals waved away after a tangle of legs with Charlie Taylor on the right side of the area.

Yet Leicester’s endeavour was rewarded after 34 minutes as Ndidi’s floated pass over the top was finished with aplomb by Iheanacho, expertly volleying beyond Nick Pope after letting the ball drift over his right shoulder.

Schmeichel saved brilliantly low down to his left after James Tarkowski had risen highest at the back post to head Dwight McNeil’s cross towards goal, while at the other end Pope tipped away Tielemans’ powerful shot.

Schmeichel was twice at full stretch after the interval to get fingertips to Wood’s header and then a deflected strike from the New Zealand striker, making his first start in a month following injury.

Schmeichel was left rooted to the spot just after the hour by Ashley Westwood’s crisp effort from the edge of the box but the visiting goalkeeper was bailed out by a post.

Not long after, Wesley Fofana and Marc Albrighton were sent on and the changes had the desired effect as Leicester asserted themselves. Ricardo Pereira was just over with an effort while Timothy Castagne’s shot was blocked.

Albrighton tested Pope while Tielemans’ effort from just outside the area came back off a post as Burnley escaped with a point – although the draw means the Clarets have won just one of their last eight league matches.