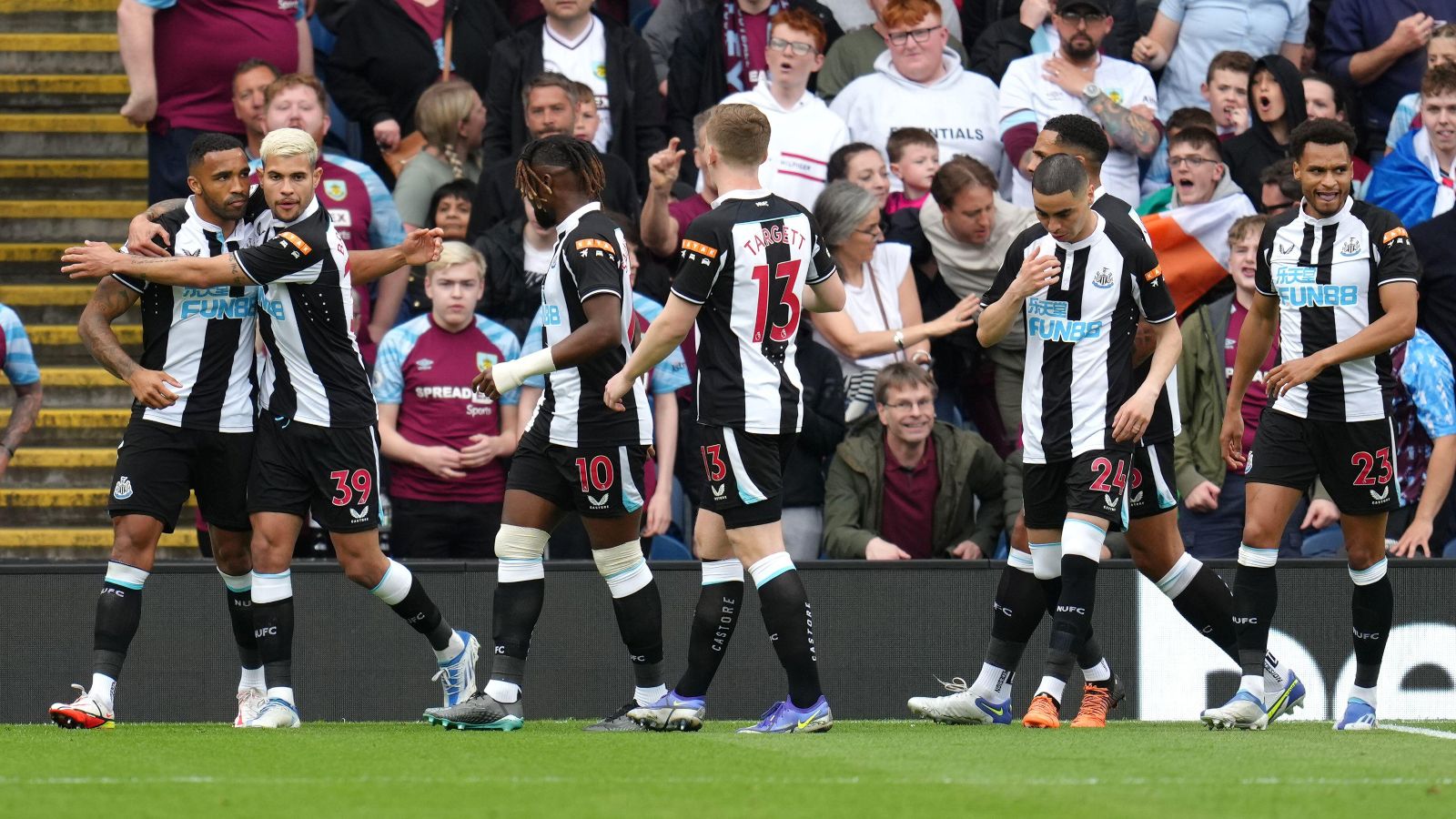 A brace from Callum Wilson earned Newcastle United the victory that ends Burnley’s six-year stay in the Premier League.

The Clarets were in big trouble as goals from Wilson made it 2-0 to the visitors.

Maxwel Cornet gave Burnley a lifeline late on but they were unable to find an equaliser. Leeds United’s 2-1 win at Brentford sends Mike Jackson’s side down.

But Cornet headed their best chance straight at Martin Dubravka three minutes from time and, as Jack Harrison secured a 2-1 win for Brentford, Burnley, who celebrated their 140th anniversary a few days ago, saw their six-year stay in the Premier League come to an end.

It was a cruel finish for the Clarets, who had made themselves favourites to avoid the drop, with a battling draw at Aston Villa on Thursday night the latest point picked up by Mike Jackson, who had taken 11 from eight games since replacing the sacked Sean Dyche last month.

A devastating end to the season, as our relegation is confirmed.#UTC

But, when it got to the decisive day the pressure seemed to get to Burnley, who were too panicked in their play for long periods, unable to get a grip on the game they needed a result from most.

While Newcastle fans look ahead to what should be a fascinating summer of investment under their new owners, Burnley face a host of potential problems in the second tier.

Club accounts show they must now repay a “substantial” portion of a £65million loan taken out as part of Alan Pace’s leveraged takeover in late 2020, while Ben Mee, James Tarkowski, Ashley Barnes and Matej Vydra are on a list of nine first-team players out of contract this summer.

Turf Moor roared on Burnley at kick-off, but the nerves both in the stands and on the pitch were obvious in a fractious start.

With 18 minutes gone Collins reached out an arm after Nick Pope got a fist to a corner. Craig Pawson was sent to the screen by VAR Jarred Gillett before giving an inevitable penalty, and Wilson fired home.

Burnley needed to calm down. Twice Connor Roberts broken down the right, but twice his low cross towards Cornet got no further than the first man.

Otherwise their play was too hurried to trouble Newcastle, who went closest to a second before the break with a counter-attack as Pope stuck out a leg to block Allan Saint-Maximin’s low shot.

Collins almost had another moment in the 49th minute when he tried to turn Jacob Murphy’s cross behind but almost poked it into his own goal.

News of Raphinha’s penalty at Brentford saw the tension rise further and it translated on to the pitch, where Burnley’s own players were running into each other, their composure now entirely deserting them.

Newcastle were quick to capitalise as Saint-Maximin’s cross from the left found Wilson in acres of space and the unmarked forward side-footed the ball past Pope.

Cornet got a goal back in the 69th minute to give Turf Moor some cause for optimism, making no mistake after Dubravka had saved his initial shot.

Hopes were rekindled and Burnley poured forward. Jamaal Lascelles hooked a Cornet header off the line and the crowd were on their feet again as word arrived of a Sergi Canos equaliser in west London.

Matt Targett blocked Jack Cork’s shot on the line and then Cornet headed straight at Dubravka with three minutes to go.

Cornet was then denied again in stoppage time as Burnley’s late fightback was not enough.