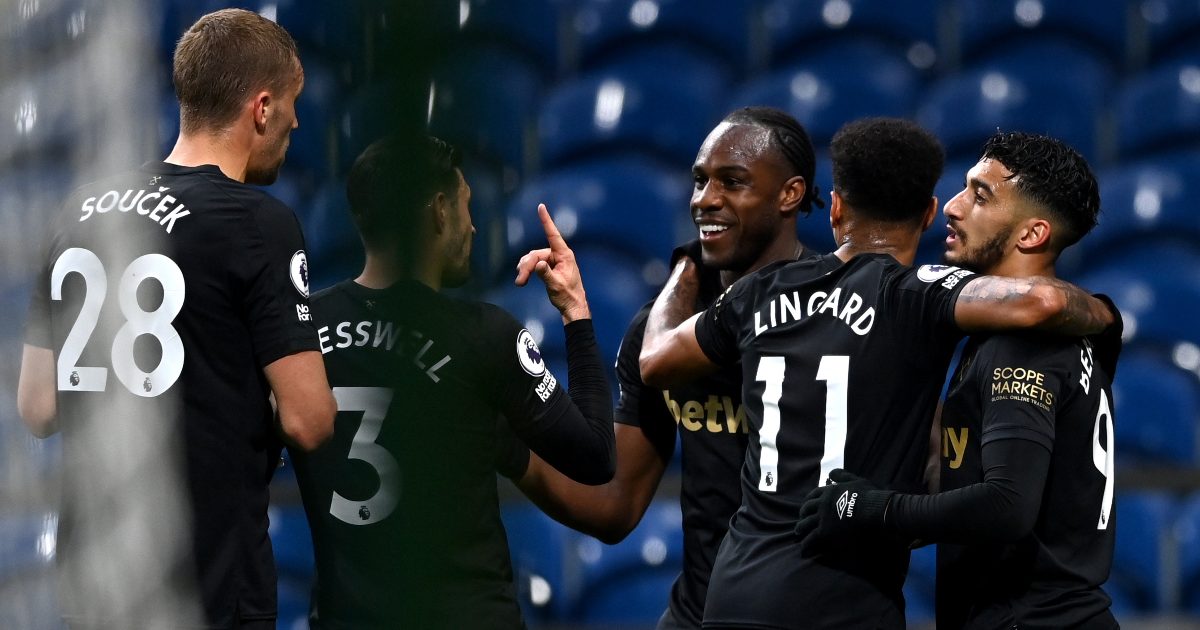 West Ham recovered from back to back defeats against Burnley to close in on fourth-placed Chelsea.

Playing his first game in a month after a hamstring problem, Antonio scored twice in the space of 10 first-half minutes as the Hammers hit back following Chris Wood’s penalty for the hosts.

West Ham’s 17th league win of the season – a club record in the Premier League era – moved them to within three points of the top four as they recovered from back-to-back defeats against Newcastle and Chelsea.

David Moyes’ side made the trip north having lost four of their last eight in the league – as many as they had lost in the previous 23 – and at risk of seeing a promising season unravel.

And they fell behind with 17 minutes gone when Burnley were awarded only their third penalty of the season.

Ashley Westwood’s floated pass forward to Wood flummoxed Issa Diop, who allowed the New Zealand striker to recover the ball on the byline and try to turn back towards goal, up-ended by Tomas Soucek as he did so.

And it was Wood, fresh from his hat-trick in the 4-0 win at Wolves last week, who stepped up to fire home his 11th goal of the season, though the advantage would prove short-lived.

After Dwight McNeil lost possession to Pablo Fornals close to his own area, Jesse Lingard laid the ball off for Vladimir Coufal to cross, and Antonio got between Matt Lowton and James Tarkowski to head home from close range.

The turnaround was complete before the half-hour mark. Lowton had just taken a painful ball to the nether regions but, as he stumbled around the box, Burnley were hit with another blow largely of their own making.

Antonio was the only West Ham player in a penalty area crowded by Burnley defenders, but was somehow allowed to ghost through and flick Said Benrahma’s teasing cross beyond Nick Pope.

West Ham looked in the mood and almost got a third on the break, with Benrahma cutting in from the left and looking to bend a shot across the face of goal, only to see it bounce the wrong side of a post.

But, as the Hammers poured forward, they were nearly undone as Diop failed to deal with another high ball, allowing Matej Vydra to get on the end of Lowton’s pass.

The ball would not sit down for the Czech striker and, as he tried to lift it over Lukasz Fabianski, Craig Dawson got back to head off the line.

Antonio could have been celebrating a hat-trick 10 minutes into the second half when Fornals’ mis-hit shot came his way, but he kicked the ball against his own standing leg as he tried to turn it in.

Sean Dyche sent on Jay Rodriguez just after the hour and it almost paid immediate dividends.

First Fabianski made a superb save to keep out Josh Brownhill’s shot after Diop half-cleared McNeil’s cross before Rodriguez, who has been on 99 career goals since mid-February, blasted narrowly wide on the follow-up.

It was a rare sight of goal for the hosts as West Ham spent the final 20 minutes pushing for a third, Antonio curling wide from Benrahma’s pass and Pope keeping out Lingard’s deflected shot, but they had done enough for the win.

Burnley sent Pope forward in a frantic finale but, although they could not avoid matching an unwanted club record as they made it eight top-flight home games without victory, Premier League safety looks all but assured.