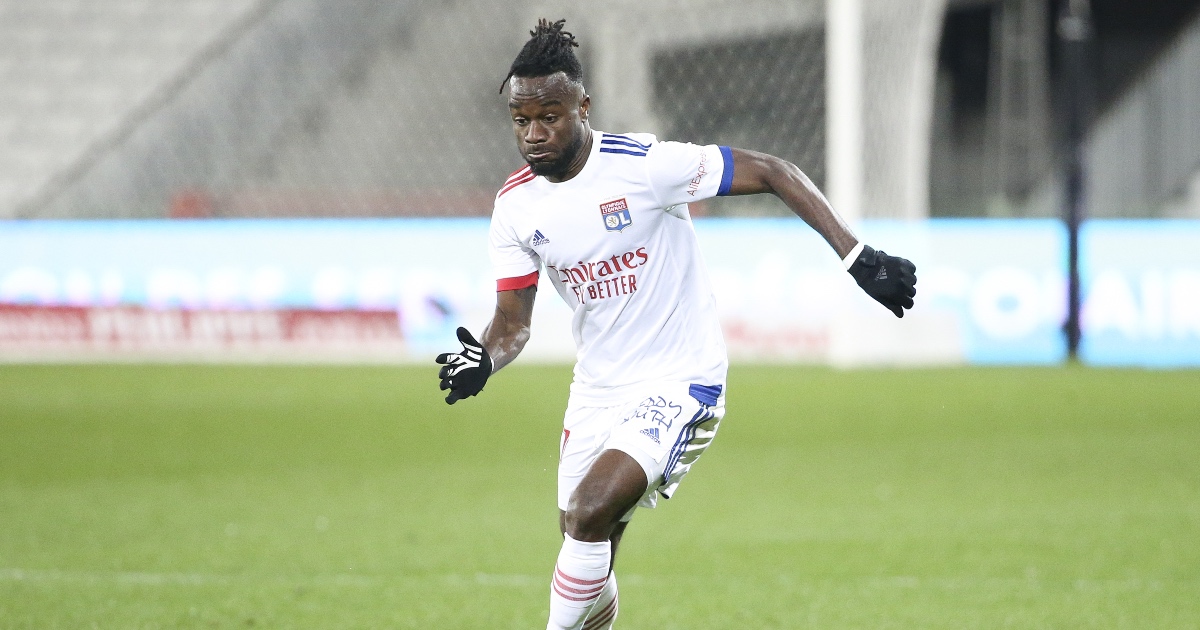 Burnley have contacted French side Lyon over the availability of Maxwel Cornet, according to reports.

He mainly operates at left-back but can also play further up the field on the left flank.

French outlet L’Equipe says that Burnley have made an approach for Cornet and haven’t been put off by his price tag, which stands at €13million (£11.2m).

They look set to bid for the player as they attempt to improve Sean Dyche’s options in defence.

Cornet could compete with the likes of Charlie Taylor and Erik Pieters for a starting spot at Turf Moor next season.

The only thing standing in Burnley’s way appears to be interest from Germany.

Hertha Berlin are monitoring Cornet’s situation and are also lining up an offer. They have the funds to meet Lyon’s valuation thanks to cash injections from investor Lars Windhorst.

The report claims that Cornet ‘favours Hertha’s project’ as they eye a top-ten finish in the Bundesliga.

Hertha have placed their trust in French and French-speaking talent recently. They’ve signed the likes of Lucas Tousart, Matteo Guendouzi and Dodi Lukebakio in recent seasons.

Cornet has previously been linked with a Premier League move, although not to Burnley.

Leeds were tracking his progress in June. They viewed him as a potential replacement for Ezgjan Alioski, who has left Elland Road following the expiry of his contract.

The Whites ultimately opted to bring in Junior Firpo from Barcelona. He signed a four-year deal and will link up with Jack Harrison on the left wing next term.

Burnley’s only major summer signing so far is Nathan Collins from Stoke City. The defender joined for a £12.6m fee.

Speaking about the move, chairman Alan Pace said: “We are extremely pleased to have secured the services of Nathan, who has been much sought after as one of the most promising young players in the country.

“We believe he will be an excellent addition and we see his signing as an ideal start to our summer’s business.”