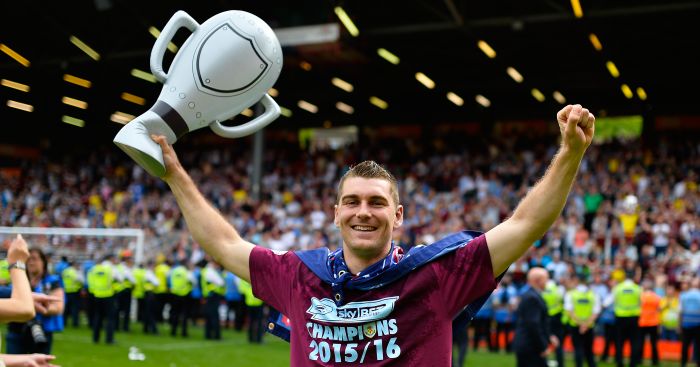 Sam Vokes wants to help Burnley follow in the footsteps of his former club Bournemouth and establish themselves in the Premier League.

Vokes left Bournemouth at 19 when the club was in meltdown on and off the pitch and now the Cherries have survived their first ever season in the Premier League.

The 26-year-old is hoping Bournemouth’s story can inspire the Burnley squad to perform at their best and beat the drop next term.

“I left there a few years ago and they got relegated into League Two at the time and were in a lot of trouble financially,” said Vokes, who finished the season with 16 goals.

“They’ve done fantastic and we’re going into next year looking to emulate the likes of Bournemouth and Watford.

“That’s going to be our aim, to be like them next year.”