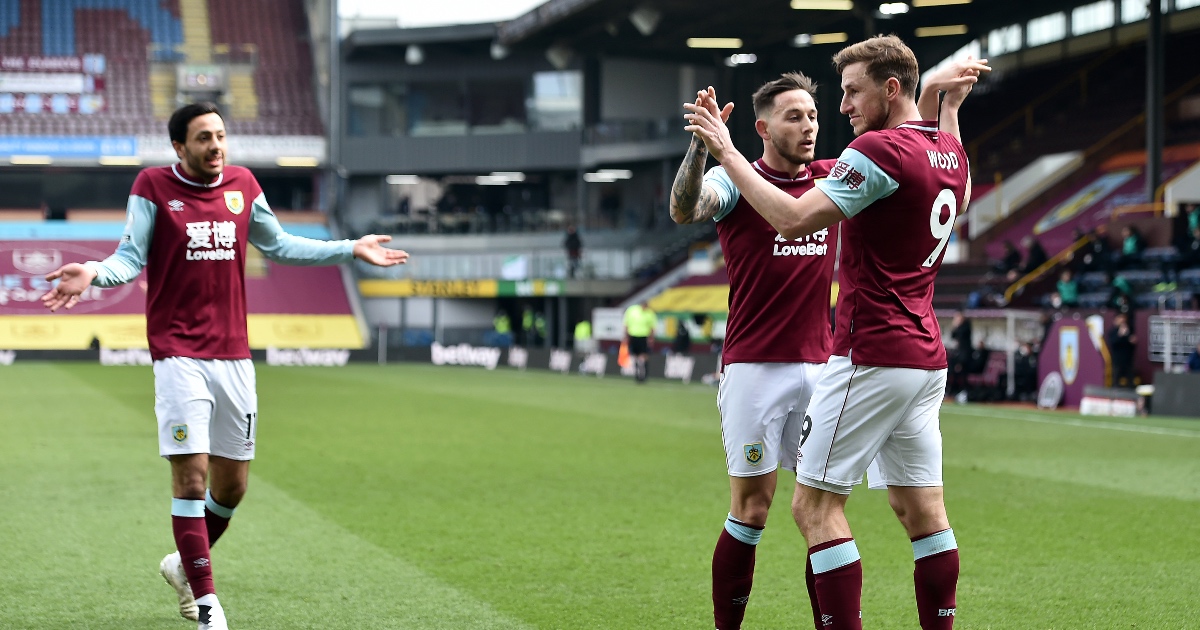 Arsenal delivered another blow to their own hopes of playing European football next season as Granit Xhaka gifted Burnley a bizarre equaliser in an eventful 1-1 draw at Turf Moor.

For 38 minutes it seemed the only question was how many Arsenal might score as they poured forward following Pierre-Emerick Aubameyang’s sixth-minute opener, with Mikel Arteta’s side picking up where they left off in last week’s 3-1 win at Leicester.

But it all changed seven minutes before the break when Xhaka took a short pass from Bernd Leno while facing his own goal.

A pass to Calum Chambers looked on but the Swiss midfielder took a touch, looked up, then inexplicably kicked the ball against Burnley forward Chris Wood and watched in horror as it flew into the net.

The New Zealand striker looked as surprised as anyone as he wheeled away to celebrate, but Arsenal barely recovered until a frantic finish during which they had a penalty overturned by VAR before Dani Ceballos saw a stoppage-time shot rebound off the post.

It means this inconsistent Arsenal side have taken only eight points from their last seven games, leaving them firmly in mid-table as the fight for Europe rages above them.

It could and should have been a different story as Aubameyang spearheaded attack after attack in the first half.

The Gabon forward needed only six minutes to make it six goals from his last five starts, cutting in from the left to hit a low shot which Nick Pope could not keep out at his near post.

Aubameyang – who has scored more goals, eight, against Burnley than any other Premier League side – looked in the mood as he twice went close himself while also setting up Bukayo Saka, guilty of a bad miss as he poked wide, missing the chance to mark his 50th Premier League appearance with a goal.

Thomas Partey then fired over from Martin Odegaard’s cut back, with Burnley barely able to get out of their own half.

But then came Xhaka’s moment of madness. It was the eighth time the Swiss midfielder has been guilty of an error leading directly to a goal since the 2016-17 season – more than any other outfield player in the Premier League.

Arsenal still did not seem to have recovered by the start of the second half. Gone was the free-flowing football in attack as Burnley enjoyed more and more of the ball.

Saka wanted a penalty when the ball struck substitute Erik Pieters on the arm in the 74th minute, but neither Andre Marriner nor VAR Kevin Friend were interested as it came at the Dutchman from close range.

Instead Pieters’ opportunistic volley had to be touched over the crossbar by Leno at full stretch.

Moments later Wood should have had his second but shot straight at Leno when played in by Matej Vydra.

At other end substitute Nicolas Pepe missed a sitter as he swung tamely at Kieran Tierney’s shot.

Further drama came as Marriner pointed to the spot when Pepe’s volley hit Pieters and flew on to the crossbar. Pieters was initially shown a red card, but it was overturned by Friend with replays showing the ball struck the Burnley man on the shoulder.

Ceballos then saw his shot come back off the post but three points would have been more than Arsenal deserved, with their defensive flaws a major problem that Arteta must solve.