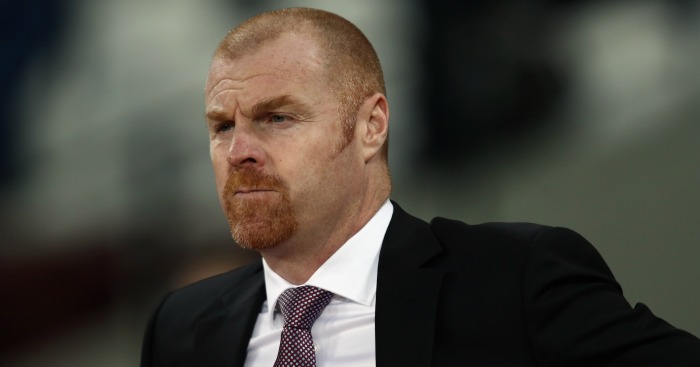 Premier League player of the month nominee Nick Pope did not play a single minute in the top flight last season but Burnley boss Sean Dyche never doubted his ability.

Pope has been recognised alongside the likes of Kevin de Bruyne, Leroy Sane and Wilfried Zaha for the October award after helping the Clarets to seventh in the table.

The 25-year-old was a low-key signing last July, and found his path to the first team blocked by club captain Tom Heaton and veteran stopper Paul Robinson.

But Dyche blooded him in the cup competitions, helped him find his feet and had no qualms about thrusting him into the spotlight when Heaton injured his shoulder in September.

“Last season he wasn’t even on the bench but I assured him ‘you are moving forward, trust us’,” Dyche said ahead of Saturday’s trip to Southampton.

“I told him ‘you are developing and moving forward’. Then we build him into the team and he has the feel of it, what it’s about, walking around the Premier League.

“I don’t think it’s a guarantee but this year he got a chance and he was ready for it. Ideally you give these players a chance to breathe and learn because the Premier League is tough.

“If they can get ready for it properly that’s the best thing. He has done well for us, he is enjoying it and growing into the game. He is understanding and absorbing it.”

Dyche has made it something of a trademark to groom ready-made first-team replacements ahead of time, coping admirably with the departures of Danny Ings, Kieran Trippier, Andre Gray and Michael Keane in recent seasons.

James Tarkowski has slotted into the £25million hole left by Keane seamlessly this term, and that gives encouragement for those who are yet to crack the first XI.

Dyche picks out left-back Charlie Taylor, a summer arrival from Leeds, to illustrate the point.

“I think Charlie will be frustrated that he hasn’t got in that many times but when you look at the knife-edge of football, he’s the next in,” he said.

“I’d have absolutely no doubt if anything happened to Wardy (Stephen Ward), I’d put him straight in.

“I’m sure the players give Charlie a lot of respect for how he conducts himself, how his professionalism is, how he trains every day.”