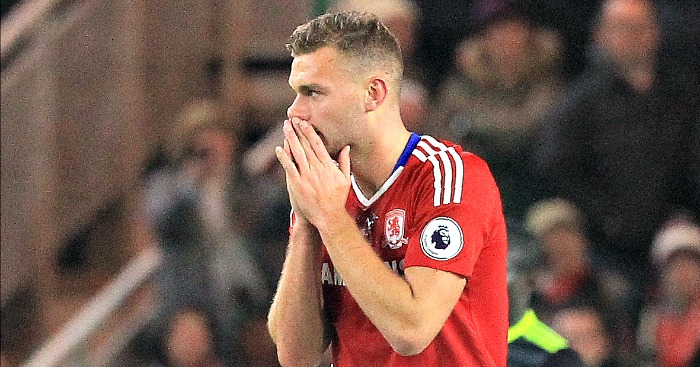 Burnley have signed defender Ben Gibson from Middlesbrough for a joint club record fee of £15million.

Gibson has signed a four-year deal at Turf Moor and will compete with established pairing Ben Mee and James Tarkowski for a place in the back four.

The 25-year-old, who is nephew to Boro chairman Steve Gibson, went down with the Teesside club in 2016/17 – his only previous campaign in the top-flight.

Burnley boss Sean Dyche has been on Gibson’s trail for some time but needed to match the fee paid for previous record signing Chris Wood to get his first deal of the summer over the line.

“I played at Boro for 15 years, since I was a boy, so it’s a huge step and one I’m really, really excited about. The place seems like a club that’s certainly on the up.”

The Clarets have needed reinforcements at the heart of the defence ever since Michael Keane left for Everton a year ago, getting through last season with only Kevin Long as back-up to Mee and Tarkowski.

But Burnley face Istanbul Basaksehir next week in the third qualifying round of the Europa League and need to make provisions in case of an extended run in the competition.