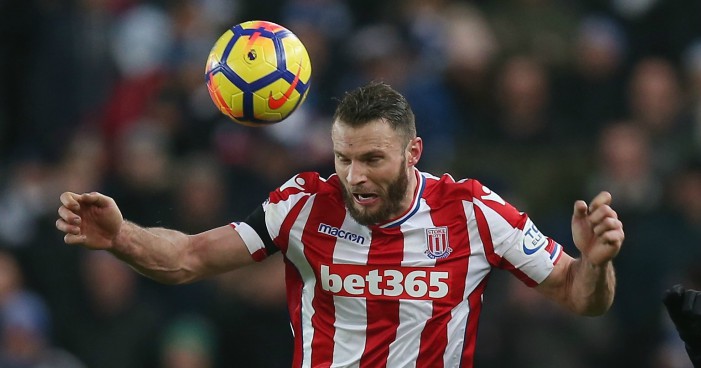 Burnley have made their first summer signing with Stoke defender Erik Pieters joining on a two-year deal.

Pieters also has a further 12-month option and joined up with Sean Dyche’s squad on their pre-season trip to Portugal, a statement on Burnley’s website revealed.

The 30-year-old made over 200 appearances for Stoke after joining from PSV Eindhoven in 2013.

But Pieters fell out of favour in the Potteries last season, first under Gary Rowett and then Nathan Jones, and ended the campaign on loan in France with Ligue 1 outfit Amiens.

Pieters began his career at Utrecht before joining PSV, where he made 140 appearances and won the first of his 18 caps for Holland.

He joins Burnley for an undisclosed fee and will provide competition with Charlie Taylor for the left-back spot, following the departure of Stephen Ward this summer.

“We are delighted to formally confirm the signing of Erik Pieters on an initial two-year deal from Stoke,” Burnley said. “Welcome to the club Erik.”

A Stoke statement said: “The club would like to take this opportunity to thank Erik for his efforts and wish him well in the future.”