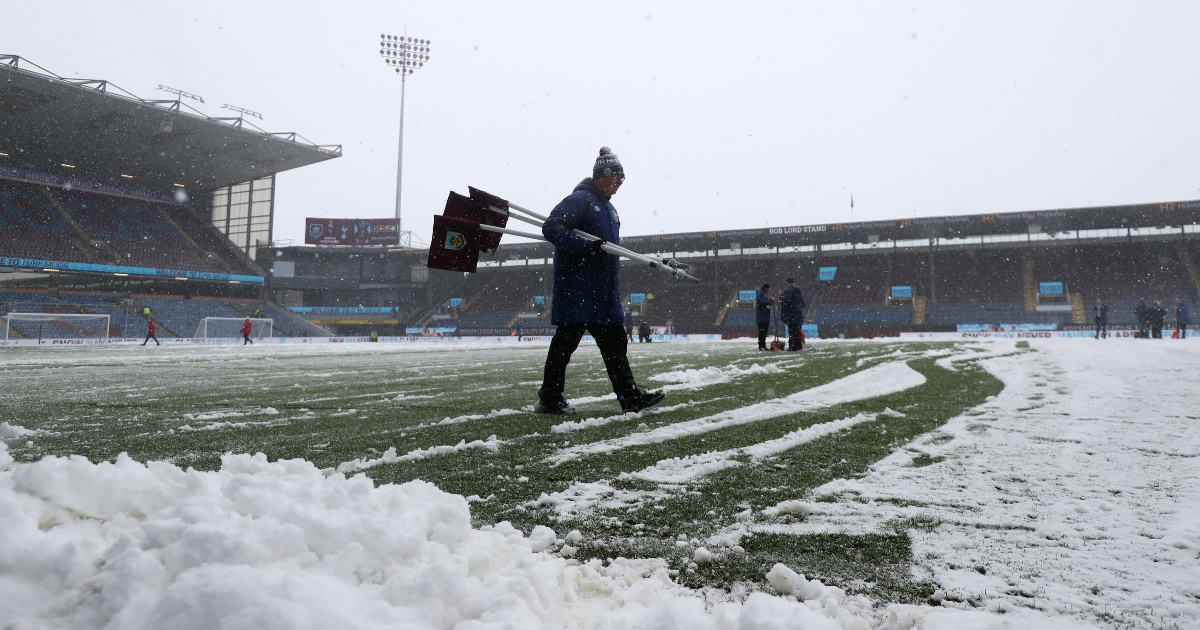 The Premier League match between Burnley and Tottenham was called off a little under an hour before kick-off as snow continued to fall at Turf Moor.

Attempts to clear the pitch were in vain as the undersoil heating struggled to cope and snow fell as quickly as it could be removed.

The announcement was made shortly after both sides had named their teams for the match.

READ MORE: Man Utd might finally be leaving the past where it belongs

Spurs had been late to arrive at Turf Moor, arriving a little over an hour before kick-off, and officials had waited until both managers were present before making a final decision.

Turf Moor’s undersoil heating had been on overnight but was unable to cope with the conditions.

Speaking to BBC Sport, Burnley manager Sean Dyche – who came out for the pitch inspection in shirt sleeves – said: “As you can see, the pitch re-covers every time they clear it.

“The referee explained the safety angle as well so it was important to make a decision early.

“It fell that quick and that heavy. It’s still quite strong now. [The pitch] can’t get rid of the snow that quick.

“It’s the lines being cleared as well – we would have to stop and clear them. It’s a joint decision with everyone concerned.

“We were ready for the game and I made it clear if it could be played we wanted it on – as did their manager.

“I can’t see how it could go ahead the way the pitch is at the moment.”