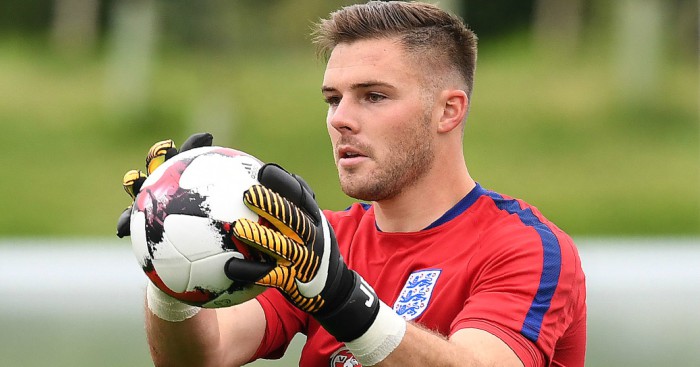 Stoke goalkeeper Jack Butland is expected to be out for between four and six weeks after suffering a broken finger while on England duty.

Butland sustained the injury in training this week as Gareth Southgate’s squad prepared for their forthcoming friendly matches at Wembley against Germany and Brazil.

The 24-year-old had the injury assessed by Stoke’s medical staff on Friday and although he does not need an operation, Press Association Sport understands Butland will be sidelined until around Christmas time.

It means he will miss important club matches against Brighton, Crystal Palace and Swansea as well as big games with Liverpool and Tottenham.

It is a blow for Butland who had been tipped to start at least one of the games, with England facing world champions Germany tonight and five-time World Cup winners Brazil on Tuesday.

It is not the first time Butland has been injured while on duty with England. In March 2016 he suffered a fractured ankle while playing against Germany and setbacks in his recovery kept him out for 14 months.

But now Butland will have to wait for the next round of international dates in March 2018 for his chance to impress, just three months before the World Cup begins in Russia.