Home All The News Butland’s boss makes case for England No.1 role 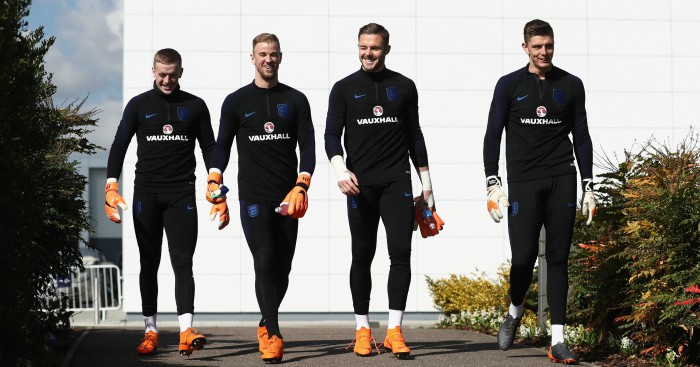 Jack Butland’s talent and temperament make him the right man to be England’s number one goalkeeper, according to his club manager Paul Lambert.

The Stoke stopper looks to be vying with Everton’s Jordan Pickford for a starting spot at the World Cup this summer, with both players given a chance to impress during the international break.

Pickford, who appears to be favourite for the position, played in the victory over Holland, while Butland was in goal for Tuesday’s 1-1 draw with Italy, when he was unable to stop a late penalty equaliser.

Butland has been Stoke’s standout performer in a difficult season at the bet365 Stadium, and Lambert has been just as impressed by the 25-year-old as predecessor Mark Hughes.

“England have got some good goalkeepers but if you said to me Butland was going to start and ask me if I had any problem with that, no I wouldn’t,” said Lambert. “He has the temperament to handle that and I think he’s a really good goalkeeper as well.

“He’s a brilliant guy and the thing that struck me with him is that he’s a great pro. He’s a quite intelligent guy and he’s humble. Whether Jack has major (tournament) success or not, I don’t think it will change him as a person.

“I think all the top players have that – all the top people who have won things in their careers are really humble. I think he has got a massive career ahead of him and the World Cup is the biggest tournament.”

Stoke sit three points off safety and are in grave danger of losing their Premier League status, but even if they stay up, they could well face a fight to hold on to Butland, with Liverpool and Arsenal rumoured to be among his suitors.

Not that Lambert will be losing too much sleep over the matter, as he added: “I think regardless of what team and what league you play in or whatever, if you’re a good player, everybody will be looking at you.