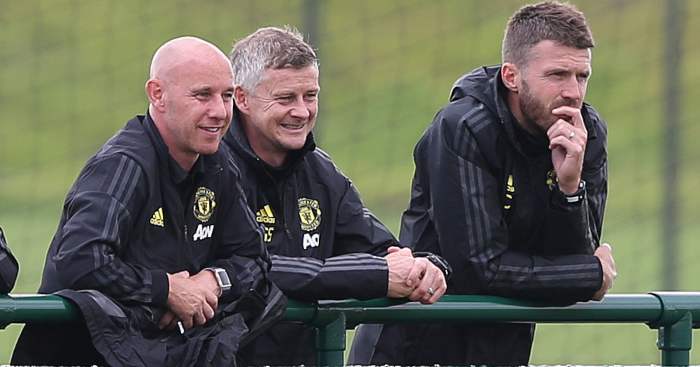 18-year-old Gomes and 17-year-old Greenwood have been heavily involved with the first-team squad over pre-season, with Greenwood making a substitute appearance as United beat Chelsea 4-0 last weekend.

Former United midfielder Butt has worked closely with both players during his former role as head of the Red Devils’ academy and has named Gomes and Greenwood as the two youngsters most likely to experience a breakthrough season.

“I think it’s unfair to settle on one,” Butt said. “I think Gomes could set alight this season and do really well, he’s matured and got a lot stronger.

“Purely for the excitement and the fans I think Greenwood is going to be a real, real superstar if he keeps his feet on the ground, he’s patient and he scores the goals that he can.

“He’s both footed, he’s a big, strong, powerful kid who can score goals and he’s still very much a young boy who’s likeable.”