Home Chelsea Buvac next? Five assistant managers who made the grade 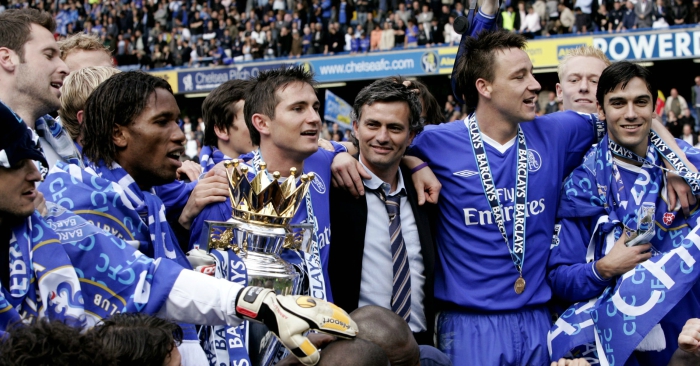 With Zeljko Buvac and Rui Faria both linked with the vacancy at Arsenal this summer, here are five assistant managers who stepped up effectively. And we mean really effectively…

Bill Struth (Glasgow Rangers)
A man born in 1875, whose name will probably be unfamiliar to many readers. But Struth’s incredible success and extraordinary longevity as Rangers manager merits his place in this list. Think Arsene Wenger lasted a long time? Add 12 years onto that.

Struth was not a footballer, working as a stonemason before helping to train Hearts players on a part-time basis at the age of 25. He moved to Glasgow to do the same in Clyde at the age of 33, before moving to Rangers in 1914. Six years later, at the age of 45 and after manager William Wilton passed away, Struth stepped up.

His reign would last 34 years, and was filled with success. Struth lifted 30 trophies in all, including 18 league titles. That’s particularly impressive given that seven years of that period was lost to World War II.

Bob Paisley (Liverpool)
You should purchase and read Ian Herbert’s excellent book on Paisley, Quiet Genius, but for now a few paragraphs will have to suffice to describe arguably the greatest British manager of all time.

Paisley spent almost 50 years at Liverpool, the most famous product of the club’s boot room culture that created a conveyor belt of talent. Starting as a player in 1939, he eventually became the club physiotherapist before taking an assistant manager role as part of the team that supported Bill Shankly in 1959.

When Shankly eventually retired in 1974, Paisley had to be convinced that he was the best man for the job. It’s fair to say he had the tools: Liverpool won 20 trophies in his nine years in charge, including six league titles, three European Cups and the UEFA Cup. Like Brian Clough, the FA Cup evaded him.

Aime Jacquet (France)
Jacquet was appointed as caretaker manager of France after Gerard Houllier’s departure, but he had previously worked as his assistant. He eventually earned the job on a full-time basis after some impressive friendly results, but lost goodwill through his preferred pragmatic style.

A run to the semi-finals of Euro ’96 saved him, but France were hardly spectacular at the tournament. By 1997, supporters were chanting for Jacquet’s sacking and the country’s media agreed with them. With France hosting the World Cup the following year, they wanted inspiration.

You know what happened next. France’s defensive resilience was the backbone to their tournament success. They relied on the individual brilliance of Zinedine Zidane and Thierry Henry, but never before had a country won the World Cup with their top scorer scoring as few as three goals. France kept five clean sheets in their seven matches, including three of their four knockout games.

As if proving that he had made his point, Jacquet promptly left his job and never managed again.

Jose Mourinho (Various)
“I say it because, more than because he is my assistant, he is my friend,” said Mourinho when Rui Faria was linked with the Arsenal job. “If my friend one day has the possibility of a big job, I would help him to pack and carry the bags and to wish him luck. I met him when he was a kid at university and we worked together for 18 years. He is a big friend more than an assistant. If one day the moment arrives I would be very happy.”

You can see Mourinho’s point, given that one of the best coaches in the world went through the same process as Faria. Mourinho started his coaching career as a youth coach at Vitoria de Setubal, before becoming assistant manager of Estrela de Amadora. When he left to become an interpreter for Bobby Robson at Sporting, it was clear that Mourinho made the move to learn from the great manager and improve his own prospects. Roles as assistant at both Porto and Benfica would come before he finally got his senior chance.

You can’t even argue that Di Matteo was simply in the right place at the right time to achieve something so baffling. He had enjoyed spells as a manager at MK Dons and West Brom, with varying degrees of success, but was appointed as assistant to Andre Villas-Boas at Stamford Bridge in June 2011. When Villas-Boas was sacked in March 2012, Chelsea trailed Napoli 3-1 after the first leg of their last-16 Champions League tie.

And then the magic happened. Chelsea stormed back in the second leg before eliminating a decent Benfica side in the quarters. If Di Matteo relied upon a season’s worth of luck in the two legs of the semi-final against Barcelona, the trick was repeated against Bayern Munich in the Allianz Arena.

Di Matteo’s last assignment was a truly miserable spell at Aston Villa. He just isn’t a good football manager, is he?