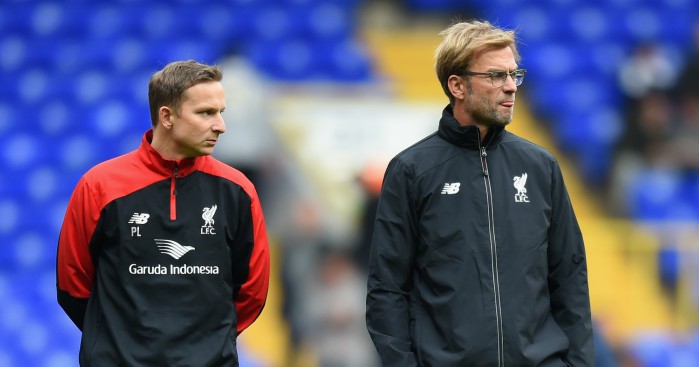 Pepijn Lijnders has returned to Liverpool to take up a position in Jurgen Klopp’s coaching team.

The Dutchman ended a three-and-a-half year spell as a coach at Anfield in January to return home to take over NEC Nijmegen.

Lijnders guided NEC to third place in the second-tier Eerste Divisie in Holland but lost in the play-offs to Emmen and left the club just five months after taking over.

However, he has agreed to rejoin Klopp on Merseyside after accepting a senior position in the coaching set-up.

The German will be delighted. “Firstly, I am gutted to be losing such a valuable member of our coaching team and such a brilliant person from our group,” Klopp said when Lijnders left in January.

“But that is tempered by the fact I am very excited for him to have this opportunity and as much as we would have loved for him to remain with us, we cannot stand in his way for what is a fantastic opportunity.”

A statement on the club’s website read: ‘Liverpool FC can confirm that Pepijn Lijnders has returned to take up a role in the club’s first-team coaching setup.

‘The Dutchman brought a three-and-a-half-season stay at Anfield to an end in January as he took up the managerial reins of NEC in his homeland.

‘However, following his departure, Lijnders has agreed to rejoin Jürgen Klopp’s backroom staff in a senior capacity.’

The Liverpool Echo adds that there have been no new developments with regards to Zeljko Buvac.

The assistant manager remains an employee of the club but is yet to return to his post.