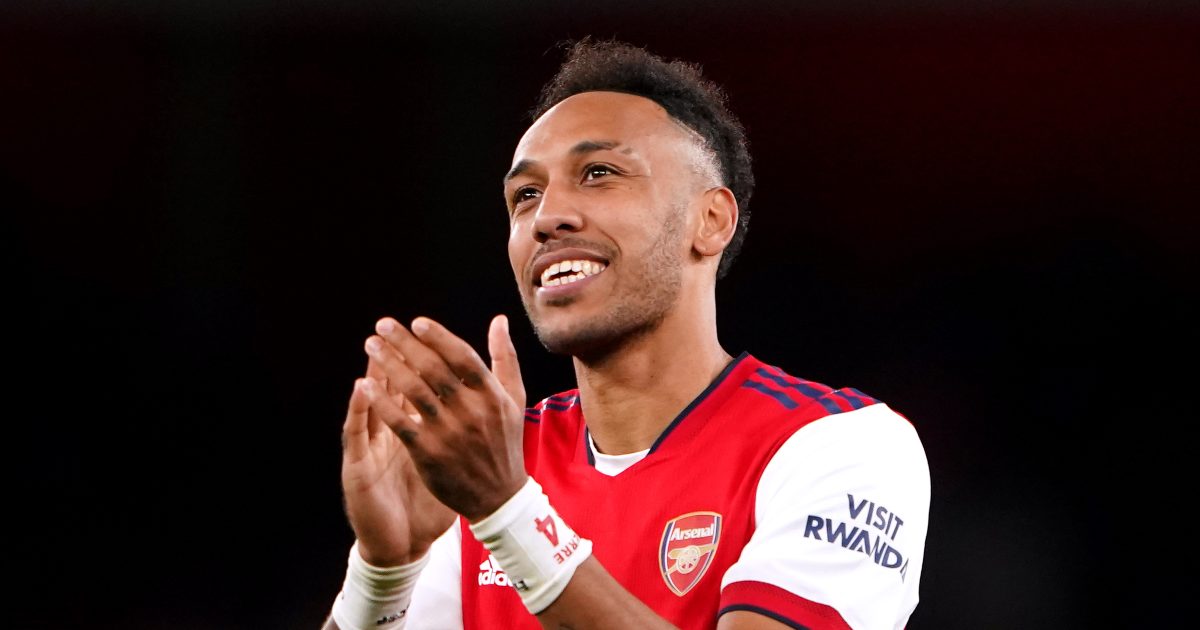 Barcelona have confirmed that they have signed former Arsenal striker Pierre-Emerick Aubameyang on a deal that expires in 2025.

The striker has not played for Arsenal since December and he officially left the club on Tuesday.

Aubameyang travelled to Barcelona on Monday. This sparked confusion as at that point there was no agreement in place between the Spanish giants and Arsenal.

Talks progressed during Monday and Arsenal announced the following day that they had agreed to allow Aubameyang to leave the club by mutual consent.

Barcelona confirmed his arrival at the Nou Camp on Wednesday morning, after pictures of him training with his new team-mates had already surfaced.

‘FC Barcelona and Pierre-Emerick Aubameyang have reached an agreement for the player to join the club after the striker terminated his contract with Arsenal FC,’ their statement read.

‘Shortly the club will provide details of Pierre-Emerick Aubameyang’s presentation as a first team player.’

Aubameyang earlier said that the manner of his Arsenal exit “hurts”:

“To the Arsenal fans, Thank you for making London home for myself and my family for the past four years. We went through ups and downs together and your support meant everything to me.

“Having the chance to win trophies and the honour of being the captain of this club is something I will forever keep in my heart.

“I have always been 100 per cent focused and committed on doing everything I can for this club which is why leaving without a real goodbye hurts – but that is football.

“I’m sad I did not get the chance to help my teammates in the last few weeks, but I have nothing but respect for this club and truly wish all my guys and the fans all the best and many successful years in the future!”