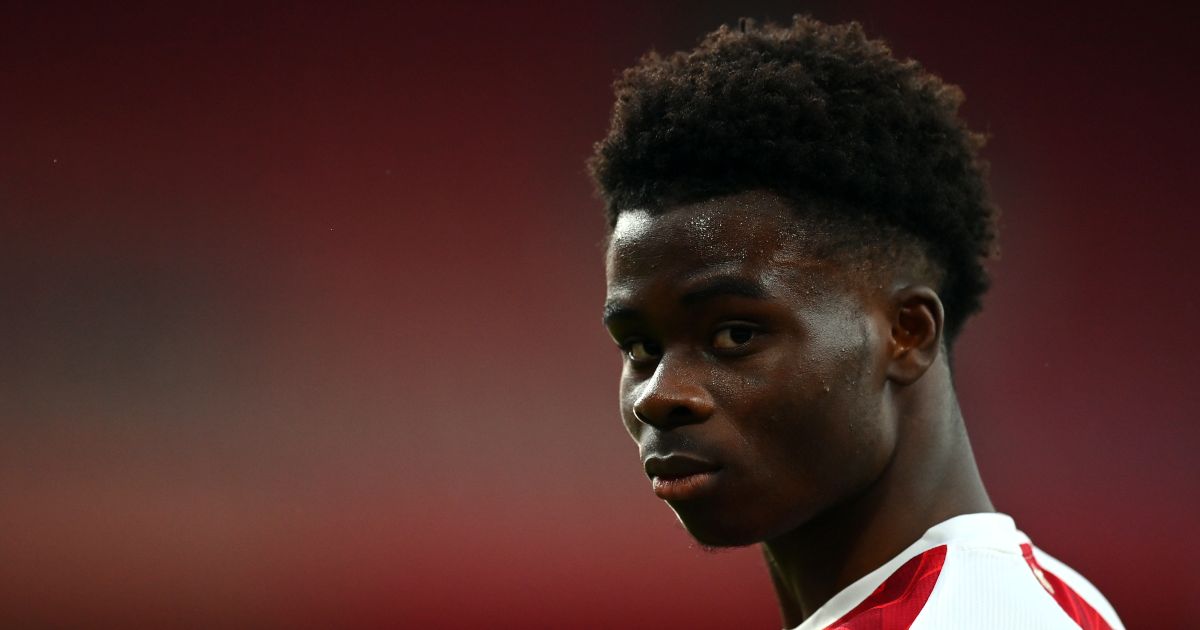 Bukayo Saka will miss England’s opening World Cup qualifier against San Marino on Thursday as he continues to recover from a hamstring injury.

The Arsenal winger remains part of Gareth Southgate’s squad but is undergoing assessment at his club, with the hope of being available for the fixtures with Albania and Poland.

Saka suffered the injury in the 2-1 north London derby win over Tottenham on March 14 and returned to play 74 minutes of Sunday’s 3-3 Premier League draw at West Ham.

FEATURE: Every Premier League club’s best fightback of the season…

Saka made his Three Lions debut in October and has so far collected four caps, having largely been utilised in more defensive positions before being called up to the current squad as a forward.

Marcus Rashford has not trained with the rest of the squad as he continues to work indoors to rehabilitate a foot injury sustained in Manchester United’s 1-0 win against AC Milan in the Europa League last Thursday.

The problem ruled the 23-year-old out of the FA Cup quarter-final loss to Leicester, with United boss Ole Gunnar Solskjaer saying Rashford “wasn’t close” to facing the Foxes, although he did still link up with the England group this week as planned.

Meanwhile, Sam Johnstone’s decision to leave Manchester United and create his own path has paid dividends, with the in-form West Brom goalkeeper looking to make sure this is the first of many England call-ups.

The 27-year-old has been in a shining light in a season to forget for the promoted Baggies, who are bound for the drop given they are 10 points adrift with just nine matches to play.

Johnstone’s performances for Sam Allardyce’s struggling side have led to a first senior England call-up, joining Dean Henderson and Nick Pope in a squad missing number one Jordan Pickford through injury.

“I was out training and came into a very good text on my phone to say I’ve been selected to be in the English squad and I was buzzing,” the West Brom goalkeeper said.

“It’s such a proud moment for me and my family to get that text and then to finally meet up with the team.

“Look, that’s the dream, isn’t it? To be called into the England set-up, into the senior team.

“I knew I had to probably move away from Man United and create my own path, which I’ve done and then finally got in the Premier League, which then allows me to do my thing and be selected for the group and for England.

“I’m obviously delighted to be here and really proud.”

Johnstone had to keep schtum as family and friends peppered him with questions about his widely predicted call-up, which was another reward for taking the road less travelled.

Oldham, Scunthorpe, Walsall, Yeovil, Doncaster and Preston were temporary pitstops during his time at United, before impressive loan stints at Aston Villa and a permanent switch to West Brom in 2018.

Johnstone saw his progress blocked by the likes of David De Gea at Old Trafford, with the Spain goalkeeper among those to congratulate him on being selected for this month’s World Cup qualification triple-header.

“He texted me obviously when I got the call-up, saying he was happy and really proud and stuff as well,” he told beIN Sports.

“It’s really nice to hear from someone that I trained alongside for a number of years and learned a lot from.

“He said, ‘really happy for you, you deserve it – good luck, go and give it your all’.”