Home Manchester United By Jose’s definition, ‘something is wrong’ at Man United 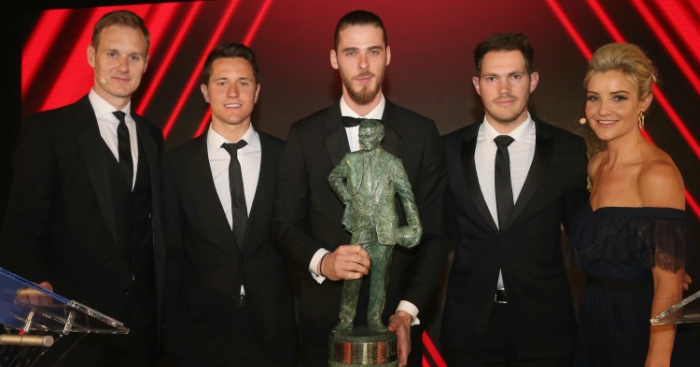 “I think when a goalkeeper is a player of the season, it’s because something is wrong.”

Not the words of a rival supporter after Manchester United gave the Player of the Year award to David De Gea for a record fourth time in five years, but the words of Jose Mourinho in January 2017; they were very much intended as a dig at his predecessors David Moyes and Louis van Gaal, but can now be read as an admission – sent like a gift from the recent past – that all really is not well at United.

More damning still is the scale of the victory. As Manchester United themselves revealed: ‘There were more than 107,000 votes, with De Gea receiving two thirds of the final count (67 per cent). Jesse Lingard came second (10 per cent), while Romelu Lukaku was a close third (eight per cent).’

They then pretend that ‘the 27-year-old faced stiff competition for United’s Player of the Year gong from several team-mates’ as if we had not just read that breakdown of the votes. This was a landslide. This was a shellacking. Lukaku has scored a not-too-shabby 27 goals in a United shirt this season but the Spaniard still polled over eight times move votes. #Davesaves you see. Thankfully for United. Because without him they really would be in trouble.

De Gea also won the players’ award, with Zlatan Ibrahimovic revealing that the Spaniard received his vote, though beginning your explanation with “even if a goalkeeper shouldn’t win player of the year…” is another admission that this is an unusual scenario for an elite club. Of the current top six, only two goalkeepers other than David de Gea have won their club’s Player of the Year award in the last decade. Pepe Reina won it at Liverpool in 2009/10 with 75% of the vote and Rafa Benitez was then sacked; Petr Cech won it at Chelsea in 2010/11 and Carlo Ancelotti was then sacked. It is not a choice that reflects well on a manager.

If your goalkeeper is your player of the season, it usually means three things: a) your attack has failed to ignite, b) your defence has failed to protect your goalkeeper and c) your goalkeeper is excellent. In United’s case, c) is indisputable, while a) is at least partly true as United have scored the fewest goals in the top four. But it is b) that is the real issue here – there is no world in which David de Gea facing only five fewer shots on target this season than West Brom’s Ben Foster is acceptable. More than that, it’s embarrassing.

Jose is right – when a goalkeeper is a player of the season, it’s because something is wrong.