Home Crystal Palace News Cabaye: United ‘can’t do anything’ if you work hard 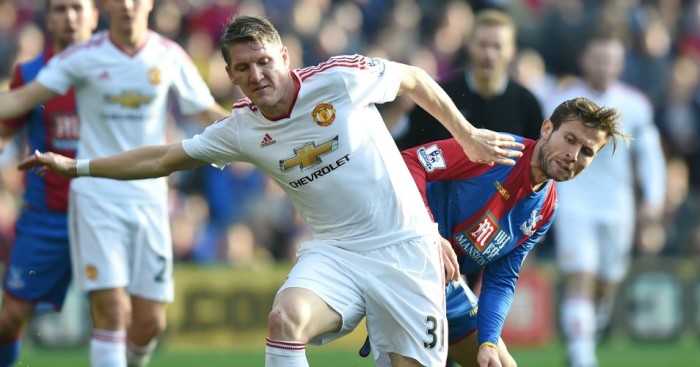 Yohan Cabaye claims that Manchester United ‘can’t do anything’ if their opponents work hard and stay compact against them.

Cabaye led Crystal Palace to a spirited draw against United on Saturday, with the Red Devils failing to score for the third consecutive game.

The Frenchman had the better of the chances between the two sides at Selhurst Park, and claims that United were considerably more threatening in front of goal during his time at Newcastle from 2011 to 2014.

“I remember I played against Manchester United for Newcastle they could score at every moment in a game,” Cabaye told the Daily Mail.

“Here they did not have the big chances to score. Wayne Rooney had a free-kick in the first half and that was about it.

“Yes, they are a big club and yes, they can keep the ball – passes, passes, passes – but if you work hard against them and stay in a good shape they can’t do anything to pass through you or be adventurous.”

Palace defender Scott Dann added: “That’s the way they are set up, they prefer to keep the ball for long periods. They want to keep it away from you. But that means they don’t create as many chances or threaten you as much as they did in the past.

“The quality is still there, so you have to stay on your toes. And rather than come at you like they used to do, they try to move you from side to side and try to wear you down. But they didn’t have too many chances and we should have won.”