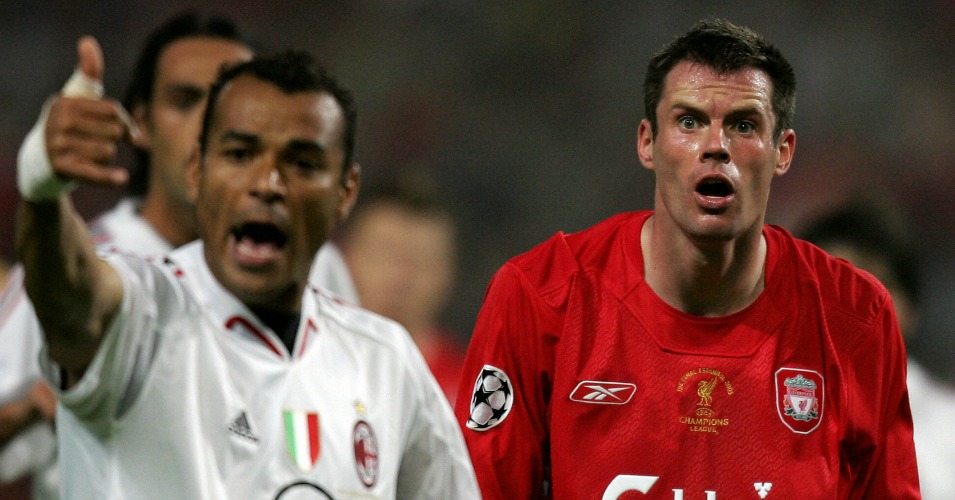 Cafu says Milan celebrated at half-time of the 2005 Champions League final, and Jon Flanagan can be one of the world’s best full-backs.

AC Milan were favourites heading into the 2005 Champions League final and raced into a three-goal lead in Istanbul through Paolo Maldini’s first-minute strike and a double from Hernan Crespo.

Carlo Ancelotti’s side went into the break 3-0 up against Rafael Benitez’s men, but Liverpool recovered in one of the most memorable nights of European football through goals from Steven Gerrard, Vladimir Smicer and Xabi Alonso, with the Reds eventually winning in a penalty shootout.

Brazilian Cafu admits that his AC Milan side had celebrated at half-time after such a dominant first half performance, and that Liverpool were able to capitalise as the Italians “relaxed”.

When asked by FourFourTwo whether Milan had been celebrating in the dressing room, Cafu responded: “It is true, yes.

“We scored three great goals against a Liverpool team that was one of the most tactically aware sides I have ever faced – we thought it was our day, and we relaxed.

“When they scored the first two, we felt the impact. When they netted the third we just couldn’t believe it. It wasn’t Milan’s fault; Liverpool deserved that comeback. I have big admiration for Liverpool: maybe another team wouldn’t show so much character to get level after trailing 3-0 at half-time.

“Actually I realised it was all lost even before the penalty shootout started, when Shevchenko missed that clear opportunity right in front of Dudek during extra time.”

Cafu also spoke of his admiration for Liverpool defender Jon Flanagan, who is currently sidelined with an injury.

“I paid him a visit not long ago; we had lunch and took some pictures together,” he added. “He is very fit and has everything required to be one of the best full-backs in the world.

“The English players that I like the most are those from my generation. I am a big fan of Frank Lampard – his movement is so elegant. Steven Gerrard is also a great example of character for me.”

Me and the legend Cafu pic.twitter.com/wyKASxybiC