Home All The News Cagigao: Messi and Spanish duo were ‘very close’ to Arsenal move 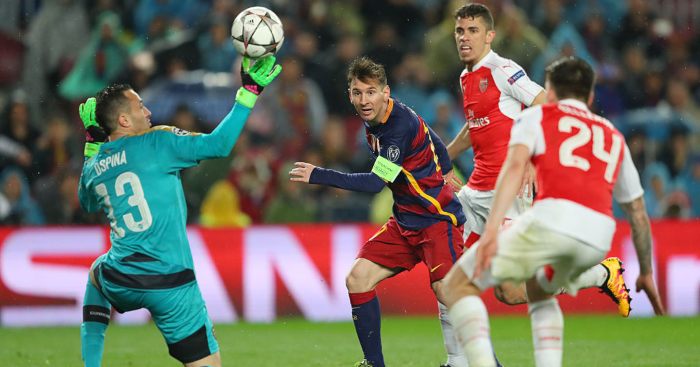 Arsene Wenger, who has almost signed every footballer ever, was interested in Messi around the time of their most recent Premier League title win in 2003/04 – and the Gunners are ranked as the sixth favourites with many sports betting companies for their first title since 2004.

Arsenal looked into the prospect of bringing the Argentinean in alongside fellow La Masia alumnus Cesc Fabregas in September 2003, while they also looked into the possibility of landing both Pique and Mata.

Speaking to Sid Lowe in The Guardian, Cagigao said: “Messi, [Gerard] Piqué, [Juan] Mata were very, very close and there were others. With Messi, work permit issues ensured we couldn’t get as close as we would have liked.

On the purchase of Fabregas, Cagigao added: “A combination of very good technique, vision, awareness, intelligence. I was watching a boy with a GPS in his brain, maturity beyond his years.

“His decision-making was near perfect already. A pioneer who won everything, simply a great player, a great person. If you’re talking exceptional Arsenal playmakers from Liam Brady, you would say Cesc and Santi.

“Cesc showed how strong our scouting department had become, how well we could identify and then recruit. If [a player] is willing to sit around a table the first part’s done and whatever player we brought to the club, a 16-year-old fresh from Paris, Barcelona or Rome, or an established professional, we sat him in front of Wenger – and Arsène insisted.

“You couldn’t get a better selling point. However good your recruitment is, you need a brave manager who while fighting for titles throws young players in, gives them confidence.

“If it wasn’t for Arsène a lot of careers might have gone a different way.” There is warmth in every mention of Wenger – “somebody who didn’t have time but made time for people”.