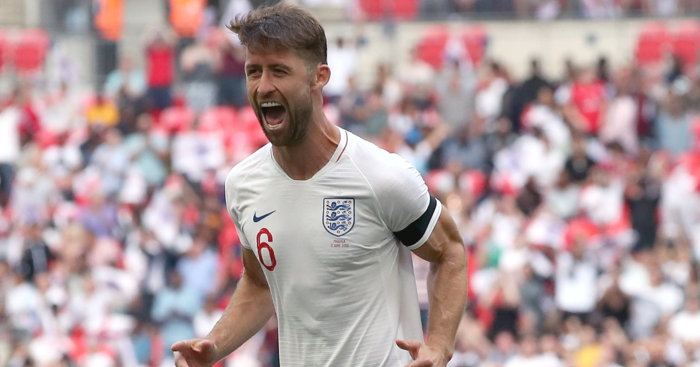 Gary Cahill has followed Jamie Vardy in making himself unavailable for England.

The Chelsea centre-half was unlikely to be called up by Gareth Southgate this week for games against Spain and Switzerland after not playing a minute for his club under Maurizio Sarri this season.

He won the last of his 61 caps in the 1-0 defeat to Belgium at the World Cup.

“I think it’s time that I take a step back now. It’s the right moment to do that. I’ve been hugely proud of what I’ve achieved, over 60 caps, I’ve captained my country on a few occasions, which has been a huge honour and something I’ve been really proud of,” Gary Cahill told Chelsea’s official app, The 5th Stand.

“At the same time, in your football career you never want to shut a door completely, I’ve been hugely honoured to play for my country and if I’m ever needed, I’m there.”

Vardy and Cahill were two of the only over-30 players in Southgate’s World Cup squad; the other is Ashley Young.