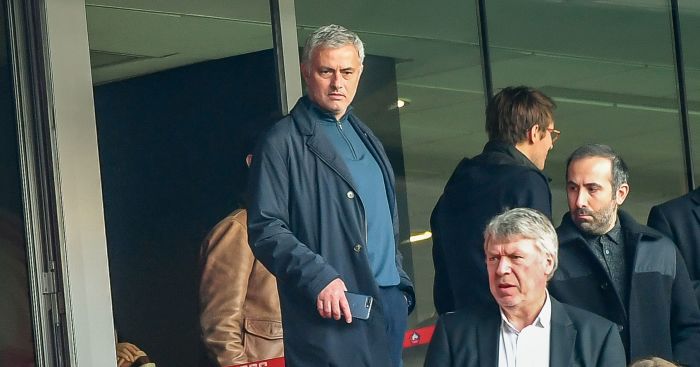 Madrid lost 4-1 on home soil to throw away a 2-1 advantage from the first leg, a result which has heaped pressure on Solari a week after back-to-back Clasico defeats to Barcelona ended their interest in the Copa Del Rey and left them 12 points behind their rivals in LaLiga.

Mourinho, out of work since he was sacked by Manchester United in December, has been linked with a return to the club where he won one league title and one Copa Del Rey between 2010 and 2013.

Calderon – who was president of Madrid between 2006 and 2009 – admitted he expects it to happen but when asked if he would like to see the Portuguese back at the Bernabeu, he told ESPN FC: “Absolutely not. I’ve already mentioned the amount of damage he caused here.

“His style of play is not what the Bernabeu wants. What the fans want is what we’ve just seen from Ajax; bravery, aggression with a lot of speed and boldness. Mourinho doesn’t do this.”

Those are certainly complaints that fans of United would recognise. However, Calderon admitted current president Florentino Perez, who hired Mourinho in 2010, has a different view and the ex-Chelsea boss is favourite for the job.

“I believe that he will be here next year as he’s the only manager who the president respects and it’s because he puts the dressing room in order and he demands the players to work hard,” he said.

Solari took charge in the wake of the Julen Lopetegui’s brief spell at the club at the start of the season, but he has not been able to keep pace with Barcelona amid growing reports of dysfunction within the squad.

The 42-year-old admitted he did not know his fate after a week which has effectively ended Madrid’s season two months early.

“Who knows?” he said. “If we knew the future we would all play the lottery.

“It was a tough week for us. Three important games in a row and it didn’t turn out the way we wanted. Sometimes football is that way. I don’t have much more to say.

“We need to dedicate ourselves to work, and not give up – in this tough year, which we knew may be tough and it is proving to be tough, but here we are playing with our hearts.”