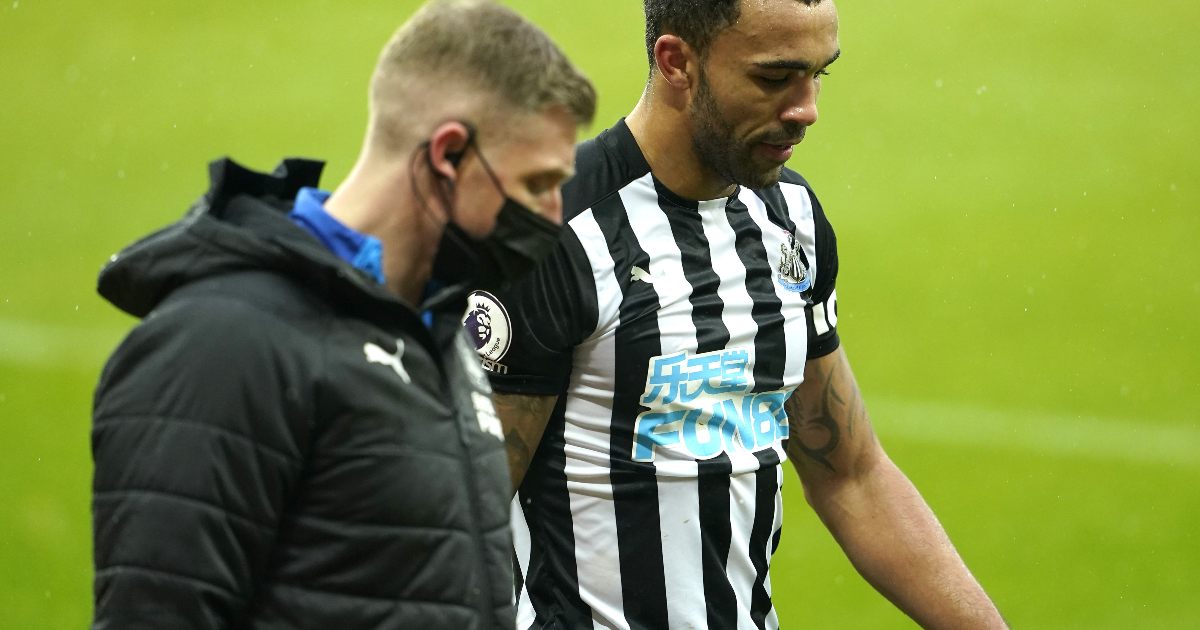 The Magpies’ leading scorer, who had 10 goals to his name when he tore a hamstring in the 3-2 victory over Southampton on February 6, has trained all week and like Allan Saint-Maximin, who was used as a substitute in last weekend’s 2-2 draw with Tottenham following his recovery from a groin injury, is available for selection.

However, Wilson’s impending return comes as central defender Lascelles awaits news on a suspected stress fracture he suffered to his foot during the Spurs game.

Head coach Steve Bruce said: “Obviously, we’ve still got two days of training when we train today and tomorrow, but Callum and Allan have trained all week, so that’s good news for us that they’re available.

“The disappointing thing is we’ve lost the captain, Lascelles, with a foot injury which unfortunately happened last week against Spurs, so that’s a blow to us. With Fab Schar missing too, it leaves us a bit light there.

“It’s not looking so good at the moment. He’s going to have more scans and all the rest of it today and over the weekend, but it’s not looking good. He won’t play this weekend, that’s for sure.

FEATURE: The ten PL defenders least dribbled past this season

The sight of Wilson back in the team would be a huge boost for Newcastle, who have won none of the seven games he has missed, but have drawn four of the last five as they attempt to dig themselves out of relegation trouble.

They were much improved as substitute Joe Willock struck late to claim a deserved point against Jose Mourinho’s men, but the prospect of Wilson lining up alongside Saint-Maximin and Miguel Almiron will be a source of great satisfaction on Tyneside.

Lascelles’ absence, however, will come as a blow with the influential captain having performed well at the heart of an injury-ravaged three-man defence last weekend.

Fabian Schar is still missing with a knee injury, but Ciaran Clark is fit after sitting on the bench as an unused substitute against Tottenham and Federico Fernandez has recovered from a calf problem, although he has not played since January.