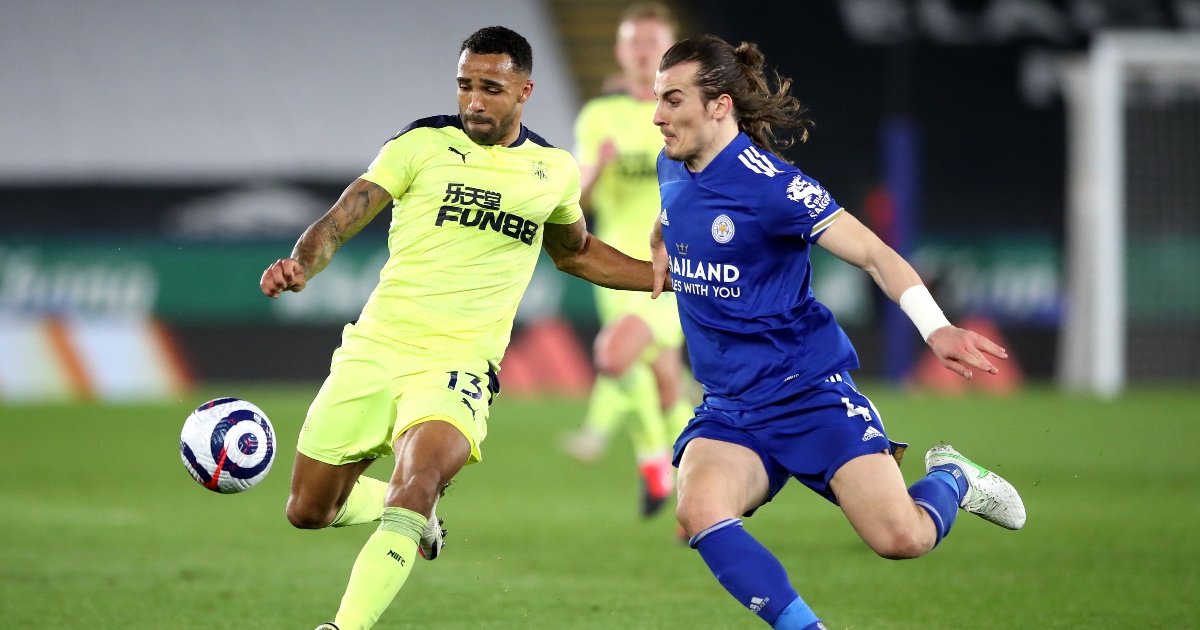 Callum Wilson has promised to return ‘stronger and hungrier’ next season after being ruled out for Newcastle’s season run-in.

The English forward scored a brace as Newcastle beat Leicester 4-2 last time out, only to pick up a hamstring injury in the dying minutes.

He will miss their final three Premier League fixtures against Manchester City, Sheffield United and Fulham.

Reacting to the injury and looking ahead to next term, Wilson said on Instagram: “Frustrating way to end my first season @nufc, having to miss the last two weeks through injury, especially with our first home game of the season with fans coming up.

“I will be back stronger and hungrier next season with hopefully a full St James’ Park as I’m looking forward to meeting you all.”

Wilson has been brilliant in a Newcastle shirt since joining from Bournemouth for £20million last summer.

He’s the Magpies’ top goalscorer in his first season, having been on target 12 times in 26 league appearances.

The 29-year-old has formed an exciting partnership with Allan Saint-Maximin in attack. That’s helped to steer Steve Bruce’s men away from the relegation zone.

However, Wilson’s injury isn’t the first time he has had to miss matches this campaign. He was ruled out for seven league games between mid-February and early April. In his absence, Newcastle had an obvious lack of threat up front and failed to win.

Bruce used his initial injury, as well as those to Saint-Maximin and Miguel Almiron, to excuse Newcastle’s struggles.

“We all understand injuries, especially when Allan’s been out the best part of four months of a six, seven-month season and when he’s not there, when you see him come on to the pitch, then you know we’re a different proposition, so in that respect, we’ve been very, very unfortunate.

“We’re not alone, but I think I’ve played Almiron and Callum once together – they started against Southampton and we were 3-1 up at half-time and unfortunately, they picked up injuries.

“I don’t think I’ve been able to play them all season together, which has been a frustration, of course.”

Wilson’s latest setback has ruled him out of Newcastle’s first home game with fans in over a year. Up to 10,000 supporters will be allowed into St James’ Park for their clash with relegated Sheffield United next Wednesday.