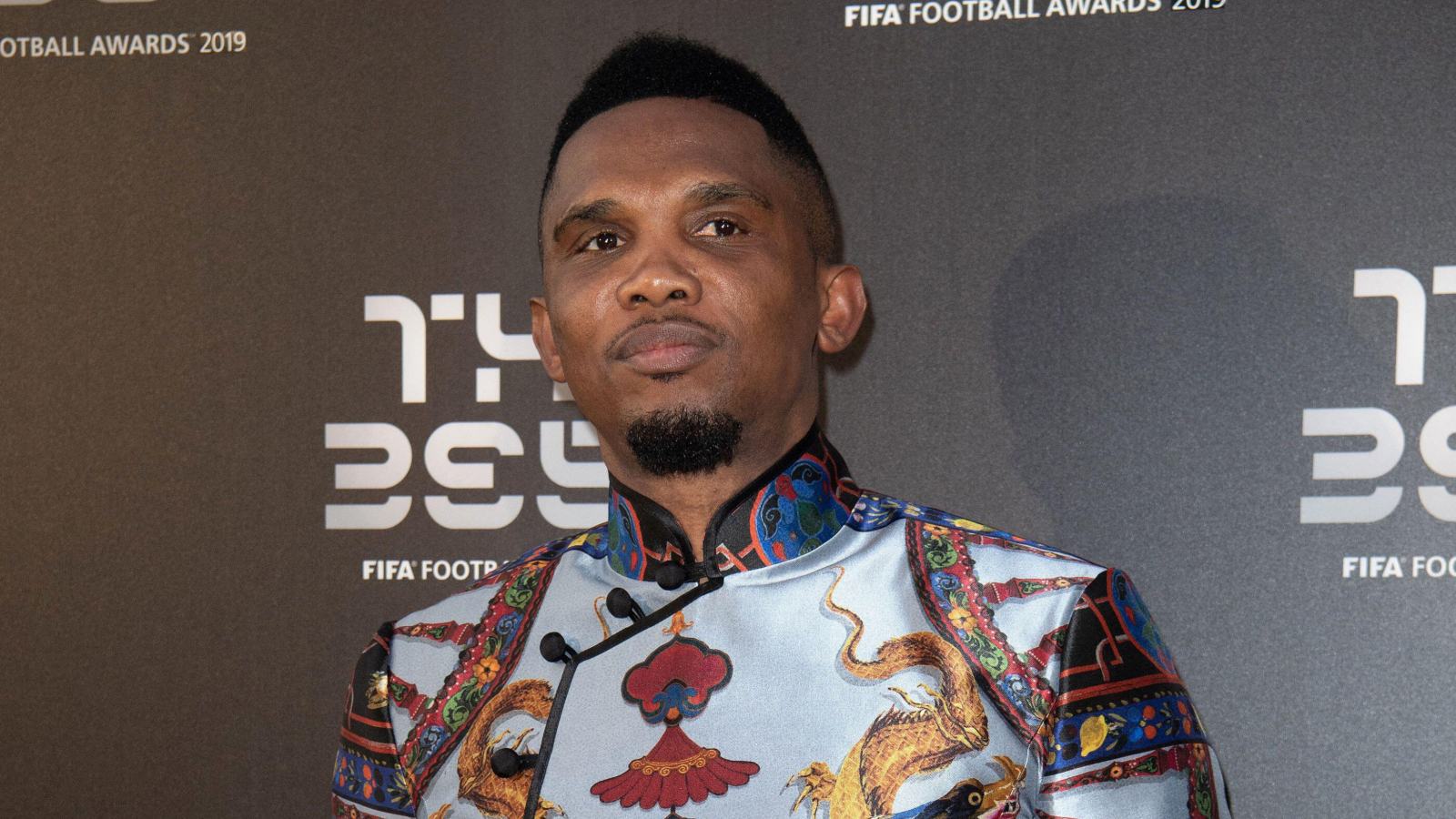 Samuel Eto’o has been filmed kneeing a man in the face outside a World Cup stadium in the aftermath of Brazil’s 4-1 victory over South Korea.

The former Barcelona legend is currently out in Qatar as one of the competition’s ‘legacy ambassadors’ while he is also president of the Cameroon Football Association.

Cameroon crashed out in the group stage of the tournament, despite beating Brazil in their final group match, but Eto’o has stayed and took in the Brazil versus South Korea clash on Monday.

And the incident took place outside the 974 Stadium in Doha last night when Eto’o was posing for selfies with a number of supporters.

The man, who seemed to be filming Eto’o, angered the four-time Champions League winner with the 41-year-old attempting to confront the man.

However, Eto’o was kept apart from the man during a verbal confrontation with the Cameroon legend eventually trying to chase the man.

Some members of Eto’o’s entourage were trying to get the camera from the man when the ex-Barcelona star wriggled free of the people restraining him to knee the man in the side of the head.

The man was able to get to his feet and walked off in the opposite direction from Eto’o and his entourage.

Cameroon, who sent goalkeeper Andre Onana home from the World Cup earlier in the tournament, lost their opening match to Switzerland before drawing 3-3 in a thriller against Serbia.

Despite winning their final match against Brazil 1-0 thanks to a Vincent Aboubakar – who was sent off for a second yellow card after taking his shirt off in celebration – Cameroon finished third in their group behind table-toppers Brazil and Switzerland.

After their exit, Cameroon manager Rigobert Song rued their inability to get more points out of their two matches against Switzerland and Serbia.

“Today we did win the match but we are disappointed because we realise now we could have done better in this tournament,” Song told reporters.

“We do have a feeling of regret but you need to look on the positive side and I am satisfied with tonight’s performance.

“I realise this was an historic victory now we have beaten Brazil, so my players should be congratulated.

“But we are young team and today we have seen a team getting stronger and stronger.

“The World Cup helped us to learn and we have to avoid making the mistakes we did in the first two matches.”

READ MORE: FIFA-era Wenger is a grave disappointment, but we should be thankful for his blundering Qatar reminder